After the new year hits local officials will start the run for election. Both Inyo and Mono Sheriff’s have already announced that they will seek re-election. 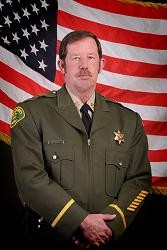 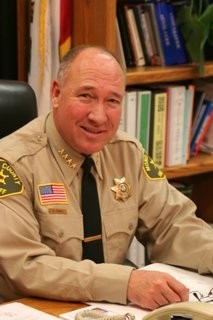 * From minimal staffing, he now has a department fully staffed.
* Improved relationships with other agencies
* Accountability to the public.
* Citizen survey form with positive feedback

Sheriff Scholl points to the economic uncertainty of the State budget which, in part, funds programs in the Sheriff’s Department. Scholl says he will find ways to “continue the delivery of law enforcement services by creative scheduling, job classification changes and other cuts to the budget that will not affect services to citizens and visitors.”

Starting January 4th, candidates can start to collect signatures in lieu of filing fees. It is not known right now if the two sheriffs will see any challengers.

Other county officers in our two counties will also go up for election. We will have much more on that on later broadcasts.

We work to provide daily news to all of the Eastern Sierra, in the tradition of Eastern Sierra News Service and the Sierra Wave. We bring you daily happenings, local politics, crime, government dealings and fun stuff. Please contact us.
View all posts by News Staff →
Fireplace Insert Starts Fire in Mammoth Creek Condo
Mammoth School Board Will Meet Over Superintendent