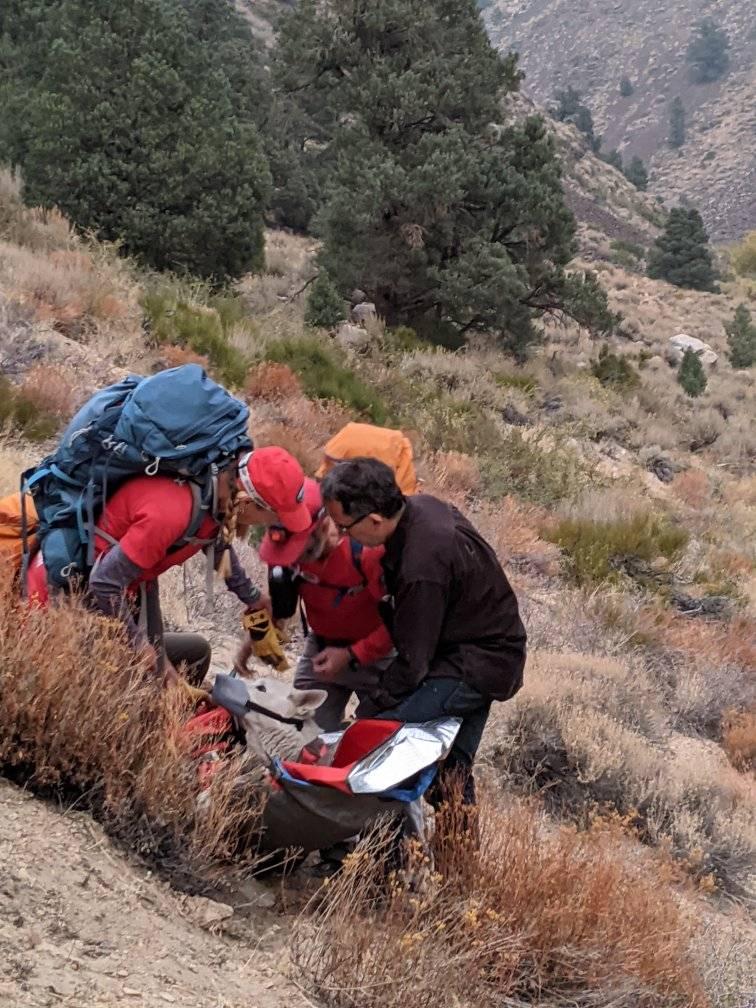 Despite the seemingly endless parade of bad news that dominates our headlines, good things do happen, as seen in this dog rescue story:

Mono County Search and Rescue team responded to a call on Saturday, Oct. 1, from the Sheriff’s dispatch that an owner was struggling to retrieve his injured 80-lb. Husky-German Shepherd mix from the bottom of Owens River Gorge, 10 miles north of Bishop. The owner had originally appealed on Facebook for assistance to anyone close by. From there, as they often do, people went to work on helping. Mono County Animal Control was contacted. They in turn contacted Mono County SARs.

Animal Control offered the following comments on their Facebook page:

“We contacted with the owner. They said, “We quickly realized that this was going to be an impossible task for our small crew of two Animal Control Officers. This was a steep 800-foot slope with rock, loose ground. We made the call to ask dispatch for additional help. Our amazing search and rescue team didn’t hesitate to jump in.

We found the dog, his name is Sal, in the creek at the bottom of the gorge. He couldn’t go two feet without sitting back down. We later found out he had a sprained leg, bruising and some internal bleeding, but is expected to make a full recovery. We had no choice but to carry him out in a sling, thank goodness search and rescue had a sling with handles! We went a few feet at a time, but eventually everyone made it out safe!

This was a 10-hour mission! What a tough crew of volunteers we have in our Mono County Search and Rescue Team.”

Four years ago SAR helped me bring my dog down a steep trail above North Lake. They are outstanding, and I’ll never forget,