By News Staff on February 8, 2018 in General Misc. Stories

With a March deadline to get on the June ballot, the Owens Valley Unified School District Board should be making its decision on a $5 million general obligation at its February 22 meeting. 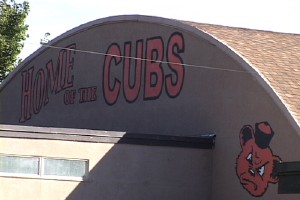 The district contracted with Alameida Architecture to do an assessment of the 70-year-old campus’ needs, of which there were quite a few in terms of upgrades, modernization and Americans with Disabilities Act compliance issues.

“We’re not building anything new,” said Superintendent/Principal Dan Moore, “We’re just fixing what we’ve got.” According to Moore, the campus has been well maintained. In other words, it looks good for its age, but things are starting to break. A plumbing crisis last week sent Moore to the scene to help mop up a classroom.

The assessment report, on the district’s website, paints a tactful but grim picture of the campus. The elementary school building is circa 1947; the high school, 1967 with some improvements and the multi-purpose building completed in 2005. As the assessment states “while the facilities demonstrate the staff’s dedication to high maintenance and repair standards, the longevity of some building materials and infrastructure have well exceeded their useful life and others should be replaced.”

According to Alameida, electrical infrastructure’s expected lifespan is 30 to 50 years. On the subject of breakers, the report states: “Understandably maintenance staff as a rule does not disengage breakers or otherwise touch the oldest parts of the system since they may likely not turn back on.”

Plumbing, wiring, windows, light fixtures—you name it and OVUSD needs it replaced. One recommendation was a solar array with a cost of a little more than $1 million but coming with lower operating costs for the district.

Some of the recommended projects have already been taken care of. According to Moore, the district was able to improve the campus tennis courts and football field/track with grant funds and contributions from the Fort Independence Indian Reservation.

The cost to district taxpayers will be approximately $60 per $100,000 of the property’s assessed value.

Sounds great!! the Property owners on Lone Pine have plenty of $$$.. While we are at it can we also give the Teachers and administrators a pay increase.

Pedro
Reply to  No Bad Days

Your ability to comprehend a headline and do simple research should have folks considering the state of education.