Story and photos by Charles James

Independence is a small town with a big heart and a long history. Its name alone is perfect for hosting a Fourth of July Parade and the country’s Independence. They hosted an all-day-long celebration complete with fireworks and plenty of food. 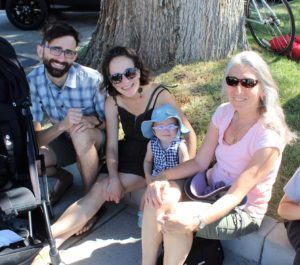 The day began with the Flag Raising Ceremony followed by a pancake breakfast. While some were eating breakfast, others were in the 4K/10K Run-Walk. Arts & Crafts booths opened on the courthouse lawn and then at 10 a.m., the Parade began. It is blessedly quirky and quick…and if you somehow missed it when it started, don’t worry, it works its way back down Main Street again back to where it began!

It’s not just residents of Independence and Lone Pine that attend the celebration. Many visitors and vacationers join in the festivities. Just a few were:

Aaron and Joyce Arnold of Corona, Calif., came to town with their children Elise, age 7, Braylon, age 5, and Ariana, age 16. Originally from Independence, Joyce wanted her family to see the town where she grew up as a girl.

Another former resident, Andrew Howe, were at the parade with his wife, Nicole and their one-year-old daughter, Madison. Andrew and Nicole are graduates of Lone Pine High School) 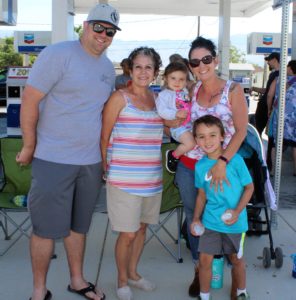 Lena and Cody Lawson of Bishop watched the parade along with Lena’s mother, Maria Sebazco. They were joined by the Lawson’s six-year-old son, Cage, and 18-month-old daughter, Sloane.

Cody is a dispatcher for the Bishop Police Department and Lena works at the Owens Valley School District and oversaw organizing this year’s 4K/10K Run-Walk. 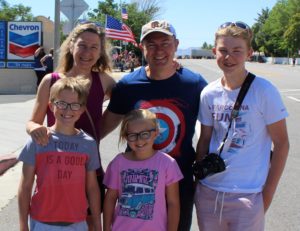 From the United Kingdom (and Spain…and Italy) the Hale Family. George, age 8, Emma, age 9, and Charlie, age 15, taking a tour of western states (2)

The Hale Family from the United Kingdom attended the July 4th celebrations. The Hales are taking their son, George, age 8, Emma, age 9, and Charlie, age 15, on a tour of western states, including the Grand Canyon, Las Vegas, and Yosemite National Park. 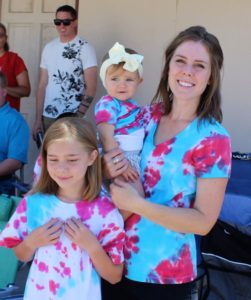 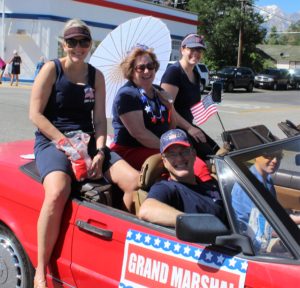 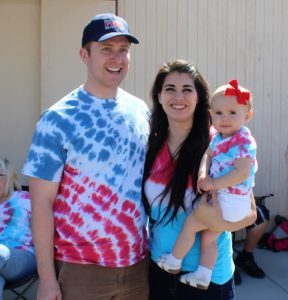 Katie Floyd (formerly Howe) of Independence was at the parade with her daughters Riley, age 10, and Julia, age 1. Katie is originally from Independence and her family has just moved back to town.

First Place—Inyo County resident, Benjamin Mitchell with a time of 18:55.

Third Place—Inyo County resident Tom Hardy with a time of 26:36

The winning awards for the Independence 4th of July Parade 2019 were: 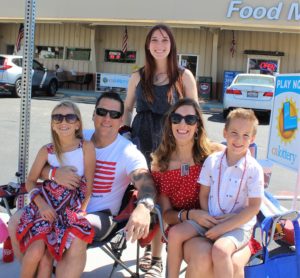 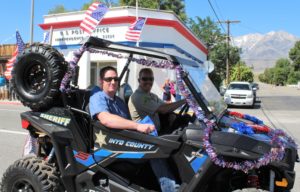 Rounding out the day was a Deep Pit Barbeque and Grand Finale Fireworks Display at the Independence Airport. 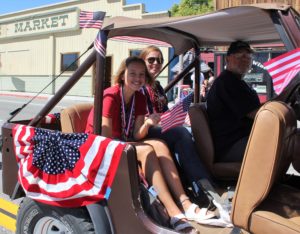