By News Staff on November 13, 2012 in Government Agencies/Utilities 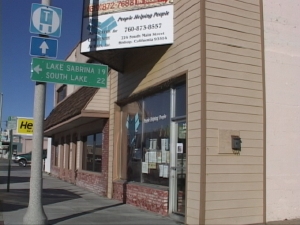 Benett
Bless your heart for airing the IMACA story.
I had been on the governing board for five years and retired after my 88th birthday, having  worked closely with Jane in the interests of the Social Service Transit Advisory committee on public transportation and the new Eastern Sierra Area on Aging that was preparing a needs assessment survey where Jane’s bilingual skills were vital.   I thought I was addressing former colleagues when I went to the September meeting.  I spoke frankly about the “fig leaf” of confidentiality in what is now a “Frontier” County. At the time I felt sympathy for the new director who sat with the “retired” director close beside her, destroying any illusion of her  independence. This was painful because I had regarded Mr. Steinhagen as a friend in spite of the general consensus that he has been virtually invisible in the community.
I shared with her  internal flaws that have not been corrected and implored her to rectify the vindictiveness of firing an employee that had served so well, whether it was her first act or the departing director’s last.  She has never responded and at a meeting of the Senior Center where I was present and acknowledged by name,  she ignored me.  She is apparently  a captive of the past although the past includes the following truth best stated by  Justice Brandeis. In 1913 in a Harper’s Weekly magazine he wrote the article “What Publicity Can Do” and stated that   “sunlight is said to be the best of disinfectants.”
Thanks for this publicity,
Selma Calnan .
760-872-1407
Bishop
Thanks for  bringing IMACA’s intransigence to public attention.
Selma Calnan.

We work to provide daily news to all of the Eastern Sierra, in the tradition of Eastern Sierra News Service and the Sierra Wave. We bring you daily happenings, local politics, crime, government dealings and fun stuff. Please contact us.
View all posts by News Staff →
Ribbon-cutting for new track and field facility
MLTC hears about Whitmore funding, need for police