By News Staff on August 15, 2013 in Government Agencies/Utilities 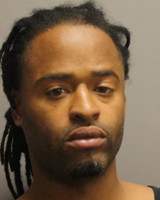 On August 12th the Sheriff’s Office received notification of a parolee at large from Sacramento, CA with an active CDC parole warrant hiding out at a residence in Olancha.

Inyo County Sheriff’s Deputies were informed that the he may be carrying a handgun. Officers responded to the location and spotted 34 year old Dameshelo Antwone Green departing on foot.

Green was taken into custody without incident and is being held at the Inyo County Jail on a parole hold. After his arrest no weapon was located.

A month? Not even. He was hanging around the Olancha Mobil earlier this week trying to get a ride to Mojave so he could get back to Sacramento.

good to see you back from vacation bennett,i can always tell your back when none of my comments make it

Someone has to keep you in line.
BK

You tell him girl 🙂

He looks likes such a nice young man. I am sure he is just misguided and will return to southern Inyo and become a productive citizen.

Kind of looks like the quarterback for the Redskins, maybe it is.

Steve…..My guess would be LESS than a month….if he ain’t out already….usually,the “bad boys”, like this guy probably is, have a girlfriend (a”bum-magnet”)that likes the guys that are always in trouble with the law,and in and out of jail….ready,willing and able to bail them out whenever they are told to… Read more »

He will be back on the street in a month, just watch.

There’s a great place to hide out.