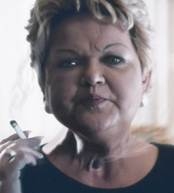 SACRAMENTO – On Friday, February 22, 2013, California’s most well-known anti-tobacco advocate, Debi Austin, passed away at the age of 62 after a long and courageous battle against cancer. First appearing in the 1996 California television ad “Voicebox,” her story illustrated the dangers of smoking and made a powerful impact in the fight against tobacco.

“We are saddened by Debi’s death. She exemplified the real toll tobacco takes on a person’s body,” said California Department of Public Health Director and State Public Health Officer Dr. Ron Chapman. “Debi was a pioneer in the fight against tobacco and showed tremendous courage by sharing her story to educate Californians on the dangers of smoking. She was an inspiration for Californians to quit smoking and also influenced countless others not to start. We trust she will continue to touch those that hear her story, particularly teens and young adults. She will be greatly missed.”

After making “Voicebox,” Debi became an anti-tobacco advocate with a personal and passionate mission to keep kids from smoking. She touched those that listened to her at schools, universities, prisons and city council meetings.

Debi’s recent ads include “Candle” and “Stages” which aired in 2011. To hear her personal story, watch “Debi Austin on Tobacco.”

You just don’t get it do you? RIP lady.

I hope she keeps my kids from smoking someday, but hate hypokrites . Go figure.