A lack of players mostly caused by academic ineligibility and apparently apathy has forced the Mammoth High School football teams to cancel and thus forfeit at least the first two games of the season.

First-year varsity head coach James Gray said that before Monday’s practice, the biggest turnout for the Huskies had been 10 varsity players and eight junior varsity players. 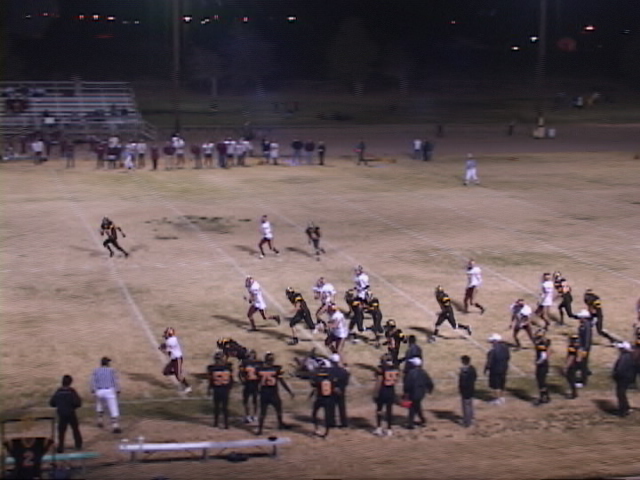 “We are struggling to field a team,” Gray said. “We’ve got some rough numbers.”

Mammoth was scheduled to play Desert High on Edwards Air Force Base on Friday, Sept. 4, and host Piedmont from the Bay Area on Saturday, Sept. 12.

Longtime Husky coach and MHS teacher Tom Gault retired after the 2008 season after serving a quarter of a century as head coach, and Gray, an off-campus coach, has taken over the MHS football program.

Gray said of 31 players he thought could be varsity players, 13 are academically ineligible. “And most of those have chosen not to come out and practice, even though they could be eligible by week 5 or 6,” Gray said.

Other players have yet to return from vacation or have not had a physical. The lack of players, combined with money issues, mostly related to transportation, have made it difficult for the rookie head coach.

“It’s been a horrible first year,” Gray said. “It has not been fun to deal with. We’ve had a lot of drama.”

Gray said he and his coaches have been actively recruiting players and hope to have more by the start of school Thursday. He said he has four standout returning seniors and a senior transfer who is injured, but the majority of players are football novices.

“I talked to Gault and he said your No. 1 job is to take care of your players,” Gray said. “I couldn’t put a lot of first-year players out there against (the likes) of Desert and Piedmont.”

The Huskies are hoping toscrimmage against the Bishop junior varsity in the second week of the season when the Broncos have a bye. In week 3, Mammoth is scheduled to play at California City, a fairly new school with no seniors. A road trip to Kern Valley is after that, then comes a home game against Bishop, expected to be a strong playoff team this season, and then it’s time for Desert Mountain League play.

“We definitely want to honor our league obligations,” Gray said.

Gray said the four experienced seniors – Scott Somers, Zach Harris, Dalton Morley and Jose Cortez, who tied the national high school record for kickoff returns for touchdowns last season with seven – “are (angry) with a lot of those guys. They’re good guys and they want to play football.”

Gray said the ineligibility along with two small classes in this year’s junior and senior classes have been the biggest problems for Mammoth football.

“We’re just hoping we get more kids to come out and play,” Gray said.

We work to provide daily news to all of the Eastern Sierra, in the tradition of Eastern Sierra News Service and the Sierra Wave. We bring you daily happenings, local politics, crime, government dealings and fun stuff. Please contact us.
View all posts by News Staff →
Bureaucrat Beat: The Politics of Color-Coding, Re-boot Business, and Nevada Attack
Health Officer Responds to National Report on H1N1