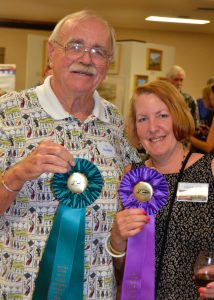 The popular event began with over 200 people attending the Friday night reception, a vibrant opportunity for art enthusiasts to mingle with the artists themselves. The two-day sale included a spectacular display of featured artist Gina Webber and a raffle prize – a beautiful original Lynn Peterson watercolor painting titled, “Sunny Ones.” 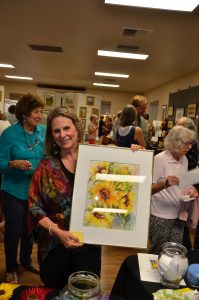 The Art Sale is a fundraiser for the Altrusa International of the Eastern Sierra Club, a group of civic-minded people committed to making our community better through leadership, partnership and service.

Chartered in 1985, the Eastern Sierra AltrusaClub is part of Altrusa International celebrating its 100 year anniversary in 2017. Our focus has been on literacy projects as well as other service for the communities within Inyo and Mono counties and extending to International service. We want to be recognized as volunteers making a difference.

Altrusa International of the Eastern Sierra welcomes community-minded individuals to visit the club and get involved. The club has two monthly meetings. The monthly business meeting is on the second Thursday of each month at 6:00pm at Astorga’s Mexican Restaurant. 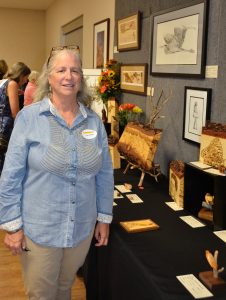 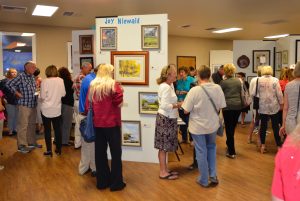