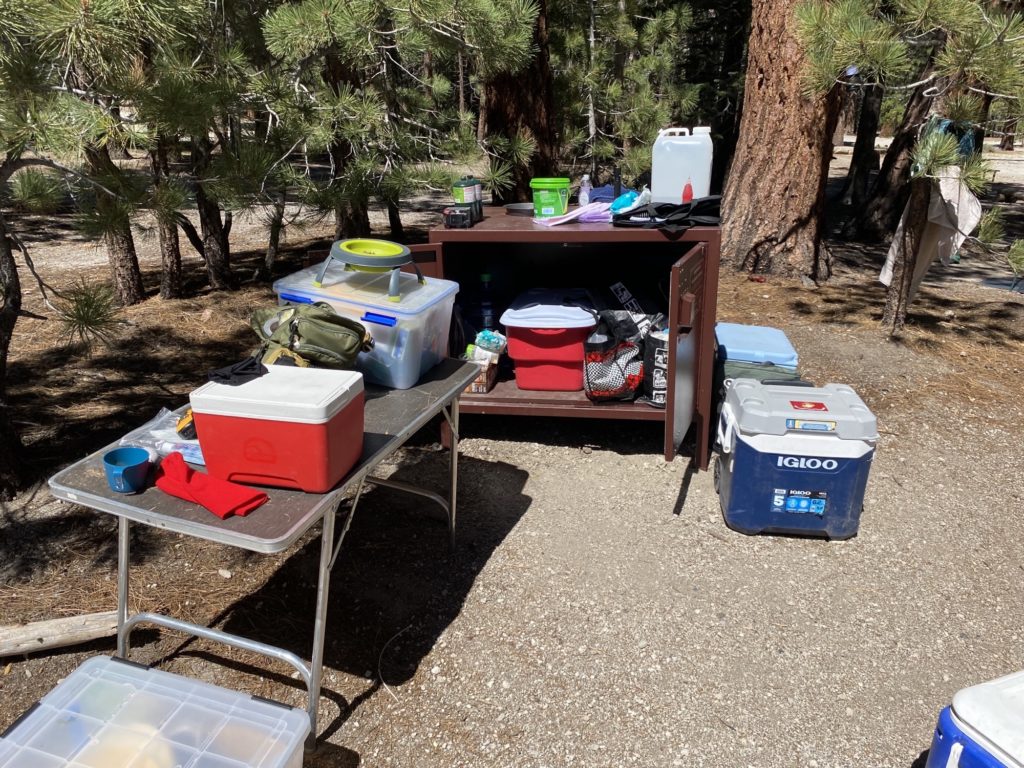 For locals who grew up with Winnie the Pooh or Yogi Bear, reality bites. Daniel Taylor with the California Department of Fish and Wildlife delivered the reality of the bear/human relationship at Tuesday’s Board of Supervisors. His message was simple: they were here long before we were but they’re not to be encouraged to develop a relationship with people.

By the end of the presentation and discussion, the Board requested help from CDFW in drafting an ordinance to put some of the recommendations into action.

Taylor started his presentation with a description of the black bears’ natural habitat. Mono
County fit the description to a tee. First, some basics: the population, statewide, is between
30,000 and 40,000 with the County population estimated between 200-500, but could hit 600.
They’ll eat just about anything. They hibernate when the snow comes, but if snow is scant, they
just keep eating through the winter. What Taylor referred to as “sub-adults,” the equivalent of
teen-age or early 20 year-old humans, are the biggest issue as they’re the ones wandering
about trying to establish their own area, often accompanied by their covey of females.

The one bear-fact that explains a lot is their sense of smell, rated at seven times better than a
Bloodhounds. The bear nose is considered the most efficient of all species with noses. While
their habitat is anywhere with food, water, shelter and other bears, they’re true North Star is
food. Technically, bears avoid contact with people, Taylor said, but their fear response fades if
people are part of a food source. They also can develop immunity to harassment by people—as
long as that harassment is simply considered an annoying part of getting food.

The department categorizes bears by their attitude toward humans and human habitat:

 The No Harm/No Foul Bear, usually a juvenile male, wanders into the human space by
accident. The best approach is to give the bear space and give it time to leave, assuming
the property has been bear-proofed.
 Habituated Bears seem to ignore people, is a general nuisance but has shown no
aggression towards people nor damaged property. The remedy is to shoo the bear away
and remove or restrict access to food.
 The Depredation Bear has either threatened to or has destroyed property. Hazing
doesn’t work. The recommendation is “more advanced deterrents and hazing.
Depredation (the landowner “takes” the bear) permits can be requested and firearm
ordinances have to be observed.
 Public Safety Bear is aggressive and an immediate threat to public health and safety.
Only law enforcement can determine whether the bear poses an immediate threat.
 Relocation sounds like a great solution, but bears can find their way back.

Some of the solutions in Taylor’s presentation included removing bird feeders or only using
during the winter, keeping pet food and water bowls indoors, providing enclosed shelters for
livestock, removing fallen fruit and harvesting regularly, electric fencing around gardens,
cleaning BBQs regularly and using bear-resistant trash cans. Bears have been known to enter
homes, so another recommendation was locking windows and doors.

This is all so simple… Shoo the politics and bring back Steve Searles .