By Deb Murphy on November 14, 2019 in Government Agencies/Utilities 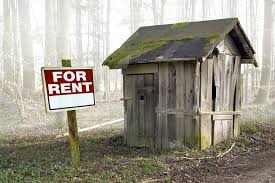 Both Inyo County and the City of Bishop will be voting on emergency rent control measures to avoid what has already happened at the Primrose Lane apartments in Bishop.

Here’s the background: the state legislature passed AB 1482 to restrict rent increases to a maximum of 10-percent. The measure goes into effect January 1, 2020.

While California renters probably breathed a sigh of relief, property owners, at least at Primrose, scrambled to raise their rents before the legislation becomes official law.

Tenants at the 26-unit Primrose, located north of the city limits on U.S. Hwy. 395, received notice their rent would nearly double in September; a month later, on October 15, they received eviction notices. Be out by December 14. Merry Christmas.

The complex is owned by the George I. Brown and Leona E. Monozon Brown Trust and managed by Bishop Real Estate.

Major renovations was the reason given for the evictions. A crew of workers have been making improvements to units already vacated.

According to tenants Nick Bartlett and Irma Salazar, those renovations have been needed for a very long time, even before the Browns bought the apartment house. Both have experienced issues with heating and plumbing systems. Salazar’s plumbing backed up and flooded the 2-bedroom unit she shares with three family members. The carpet was pulled out, cleaned and re-installed.

Bartlett was told to have repairs made and he’d be reimbursed. He paid for repairs and never saw any reimbursement. The heater in Bartlett’s 1-bedroom caught fire, twice. He shares the apartment with his grandson and the toddler’s mother.

Salazar and Bartlett admitted the apartment complex has a shady reputation, but “it’s a family. We look out for each other.”

Half the units are empty, but 50 people, 24 adults and 26 children, are still there.

State legislators aren’t naïve. AB1482 anticipated a wave of preemptive rent hikes. Built into the law was protection from those hikes. Property owners would have to go back to rental rates as of March 2019 if those increases were more than 10-percent. So, the only solutions for those owners was eviction, then bringing in new tenants at whatever rates they chose.

The law allowed for evictions in the case of substantial renovations, but the owner would have to help with alternative housing. But, again, AB1482 doesn’t become law until the first of 2020.

Rentals are hard to come by in Bishop and when tenants do find one the costs are high. Salazar was quoted $1,400 for a studio apartment. While there are obviously people with decent incomes in Owens Valley, a tourist economy leaves a whole lot more in bad shape.

Another wrinkle in the housing issues in the Valley: Home owners with accessory units have the opportunity of making more money by using those units as short-term rentals.

Inyo Mono Advocates for Community Action recently purchased land east of City Park for affordable housing, but the finished product is years away.

As emergency measures, Bishop and Inyo’s rent control ordinances will go into effect immediately, but unfortunately for the Primrose residents, they’re not retroactive.

My impression is that frontal lobotomies would make no appreciable difference to some of our “angels in Sacramento”.

Another reason for apartment owners to switch to nightly rentals. Dan Siegl is right, price controls will only lead to shortages and poor quality.

“Rent relief” endowed by the angels in Sacramento means loss of housing stock as the cost of ownership and maintenance outstrips permitted income for the properties. Politicians can control prices, but they can’t control costs, which exist regardless of the whims of politicians who are detached from reality.

This would be a good point, except that it’s almost impossible for the actual costs of ownership (mortgage, prop taxes, maintenance) to go up more than 10% per year.