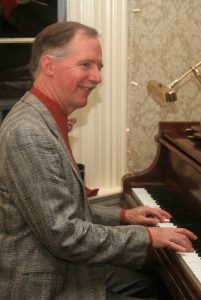 A potluck dinner and business meeting begins at 6 PM at the Lee Vining Community Presbyterian Church; the program at 7 PM.

The first of this 2-part presentation will be a look back at the photographic studio run by his grandfather-in-law, William E. Detrick, in Bishop, CA, from 1917 to1932. Two of Detrick’s grandchildren plan to attend. Second will be a performance of Vintage Songs of Yosemite from 1874 to 1954.

Musician/Historian Tom Bopp has entertained and educated Yosemite’s guests at the Wawona Hotel and The Ahwahnee since 1983. His interest in Yosemite’s cultural history led him to develop interpretive events for the Yosemite National Park Centennial in 1990, the Camp Curry Centennial in 1999, The Ahwahnee 75th Anniversary (2002), Yosemite Heritage Holidays (2003-2009), regular programs on Wawona history, Theodore Roosevelt and John Muir’s 1903 camping trip to Yosemite, Yosemite music and culture, and a film documentary called Vintage Songs of Yosemite. 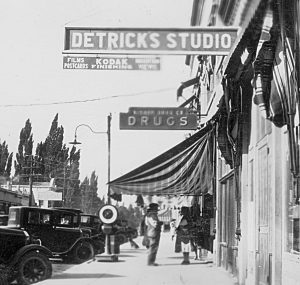