Former Mono County Administrator Officer Jim Leddy is coming under fire in Sonoma County after a newspaper there published reports from The Sheet weekly newspaper in Mammoth Lakes. 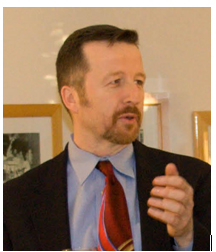 The headline in the Press Democrat reads “Sonoma County official Jim Leddy rehired amid sex harassment inquiry” and goes on to detail some of Leddy’s alleged actions in the “brief tenure” as Mono County administrator.

Leddy told the Press Democrat, “It’s a personnel matter, and I’m not going to talk about it.”

The Press Democrat reported Sonoma County officials say they did not know that Leddy, described as a fixture in North Bay government and political circles for two decades, had been accused by a 29-year-old female subordinate of a wide range of inappropriate behavior in Mono County.

Leddy was hired in May to serve as a special projects director for Sonoma County’s Community Development Commission.

The Press Democrat report says that, “neither the woman nor her attorney would comment on the allegations. In her complaint, the office manager claims Leddy engaged in harassing behavior soon after he arrived in Mono County on June 10, 2013. Before that, Leddy had worked in a number of governmental roles in Santa Rosa and Sonoma County, most recently as a deputy county administrator.”

The Press Democrat notes the sexual harassment allegations were first reported by The Sheet, published by Ted Carlton.

The Press Democrat story says after the Nov. 27 news report (written by Mike Bodine) about the allegations, the story quickly made the rounds among political insiders in Sonoma County, the story says, where Leddy was a Santa Rosa City Schools board member from 2001 to 2008.

The story continues, “He ran for the state Assembly in 2004, and in 2008 became the county’s community and government affairs manager, a post that doubles as county spokesperson. By the time he left in 2013, he was a deputy county administrator.”

The Press Democrat says Sonoma County officials said they learned of the events in Mono County only after reading the November report in The Sheet.

The Press Democrat story says ,”when Leddy first arrived in Mono County, the woman who later filed the complaint was not yet the manager of the County Administrator’s Office. Initially she was a fiscal technician making $38,520 per year. Leddy would promote her to office manager 16 months later, resulting in a $16,000 raise.

“During nearly that entire period, the woman would later claim, Leddy regularly sexually harassed, annoyed and intimidated her, the report says.”

Get the led out

Finnaly with the hiring of local Leslie Chapman as CAO Mono County may stop setting itself up as just a stepping stone. Jim Leddy took the step from being an assistant CAO to being hired as Mono County’s CAO in search of bigger and better. Big city management has been… Read more »

Funny how the accuser was promoted by Leddy outside of standard civil service hiring policy; I always wondered how a 29 year with virtually no qualifications was promoted so quickly in so little time and the position was never advertised.

Mono county is like a sinking ship hopefully more of the upper management will leave. So the new CAO can get things right. Mono still has no HR no Risk management. And the moral is in the dump.

That’s really too bad. When people get a position in their community they feel connected and valued. But when the manager they work for show poor judgement, and some kind of agenda only they are aware of, the same people begin to feel less secure, and confused. It is really… Read more »