As the global and national work goes on to save energy and create new forms of energy, in Inyo-Mono the High Sierra Energy Foundation moves on with its work to make energy efficiency part of our local culture. 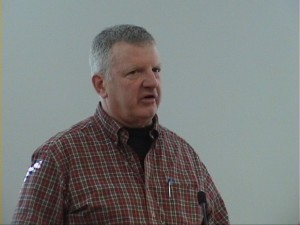 Director of the Foundation, Rick Phelps, said that in the new year, the group has received an $8,000 grant as part of the 2010 Flex Your Power Community Outreach Campaign, a statewide effort in partnership with utilities, businesses, government agencies, non-profit organizations and the people.

The grant will pay for community events, advertising and generally getting the message of efficiency out to the local public in Mammoth Lakes. Phelps believes a cultural change must happen to create an awareness of energy efficiency, as he puts it, one light bulb at a time.

In a time of rough state budget problems, the High Sierra Energy Foundation was among the few organizations to receive a 6-month grant. Phelps said they were selected because of past successes in Mammoth.

Last year, the High Sierra Energy Foundation succeeded in getting several hundred people to sign pledges that they would work energy savings into their lives. Phelps said that in the Eastern Sierra the Foundation achieved more participation in their programs than some of the larger areas such as San Diego.

Phelps said that in addition to the larger campaign, High Sierra Energy Foundation will recruit Flex Your Power “street teams” composed of Mammoth Middle School’s Sixth Grade Earth Science Classes. Students will be educated on the Flex Your Power program, given take-home activities to complete with their families and friends and they will take part in a pledge drive throughout the community.