‘Twas the week before Christmas, when all through the house not a creature was stirring, not even a mouse…… – except at Disneyland! 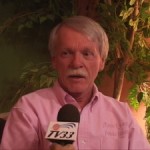 Who woulda thunk it! During one of the busiest weeks of the year at Disneyland and California Adventure theme parks – kids were exposed to and came down with MEASLES!

There have been at least 22 measles cases confirmed in multiple counties in California, and in 2 other states – Utah and Colorado. The shared link is a visit to one of the Disney theme parks in Orange County between December 17th and 20th. However, many of these cases have also visited other public places and locations throughout California while they were infectious. Most of the cases occurred in children who were unvaccinated, were under vaccinated, or were too young to be vaccinated. The source is probably an international visitor.

Measles is a highly contagious virus that lives in an infected person’s nose and throat mucus and spreads through coughing and sneezing. Symptoms include fever, cough, runny nose and red eyes and a red rash that usually 1st appears on the face and spreads to the rest of the body.

Measles is still the greatest vaccine preventable killer of children in the world today, with 14 children dying every HOUR! In the USA, prior to measles vaccination, virtually everyone came down with measles, resulting in 48,000 hospitalizations per year, 4,000 cases of encephalitis (brain infection) with risk of neurological consequences, and 450 deaths. One of every 1,000 children who contracted measles died in the US. In the 21st century, over the last 13 years, there have been 37-220 documented cases per year in the US, a 99% reduction in cases, with most originating from outside the US, and most occurring in unvaccinated children.

Health experts say the best prevention against measles is vaccination. While officials declared measles eliminated in the United States in 2000 because of a lack of continuous transmission, the illness is still brought into the country by foreign visitors or unvaccinated Americans.

The long proven measles vaccines have been some of the most scrutinized vaccines concerning safety and adverse events in recent years. Now a 12-year study of measles vaccines, looking at over 700,000 doses, published on January 5th, 2015, found that adverse outcomes were unlikely.

A study by Dr. Andrew Wakefield, published in 1998, claiming that the measles vaccine caused autism, was widely covered by the media, and caused an “autism panic”. This has resulted in the plague of measles returning to areas where it had previously been eradicated, and is putting current generations of children at risk. The theory has been repeatedly disproven, but the effect lingers as resistance to the vaccine continues among small but vocal pockets of the population.

The rate of Personal belief exemptions (PBE’s, which allows parents to exempt children from vaccinations) in California has dropped 20% since 2013-14, with 2.5% of kindergartners opting out of vaccines, down from 3.1% the prior year. Overall, 46 of California’s 58 counties saw fewer PBE’s than last year.

However, after holding steady for years, the rate for entering kindergartners at Mammoth Elementary School increased dramatically to 12% this year, almost 5 times the statewide average. Inyo County rates range from 1% (Bishop) to 7% (Big Pine and Round Valley).

Measles outbreaks are a canary in the coal mine. People who refuse one vaccine may be spurning others, setting communities up for outbreaks of other dangerous diseases that are slower to spread, such as whooping cough. California is currently experiencing the worst outbreak of whooping cough in decades, with over 10,000 cases in 2014.

Despite the fact that it’s one of the greatest health measures ever invented by mankind, there seems to still be a small residue of humanity that objects to the very idea of immunization. If you go around older cemeteries you can see the historical evidence of the childhood slaughter from pre-immunization days.

What Should You Do?

The measles outbreak that began at Disneyland during the holiday season is now spreading beyond people who contracted the disease at the theme park, with those patients now exposing others after returning to their hometowns, health officials said Saturday. There are now 51 confirmed cases of the highly contagious virus… Read more »

Instead of name calling, hate mongering, and fear spreading why don’t we cooperatively work on the reasons why some parents don’t vaccinate. (BTW, I do expect more from Dr. Johnson than fear and hate mongering). Some don’t because of religious reasons, and there’s not much we can do about that.… Read more »

I can get behind this, Sugarmagnolia. You seem to be the only person who really is seeing what I am saying, and saying it better than I am saying, evidently what I said was (Quoting Frank here, as he seems to be putting words in my mouth) ” you think… Read more »

As a parent of two young children, it is very concerning to hear that people choose to put their own children as well as mine at risk because you think their might be a side effect from a vaccine. I’m sorry, but the research has proven otherwise and the alternative… Read more »

How can relaying facts to the public be considered preachy?

Please vaccinate, you have no right to endanger other peoples health and, perhaps, lives.

Frank, calm down. Everyone in my family is current on vaccinations. It would be an issue if there was an actual case of measles in the area, but this is about a Disneyland outbreak and an opportunity to “Parent Shame”. Funny, when there was an “Ebola Scare” the narrative was… Read more »

The reason you think it’s “low risk” is because of all the other people who had their kids vaccinated. The measles outbreak is not “in” Disneyland. It’s from Disneyland and is in several Western states.

I felt like this was more of a preachy “come down” on parents who do not wish to vaccinate, under the guise of info on the current measles situation. “…They have the legal right to put their own children at risk for infection, complications, and death.” Actually, no, that’s called… Read more »