As bad as the accident was, it could have been worse. 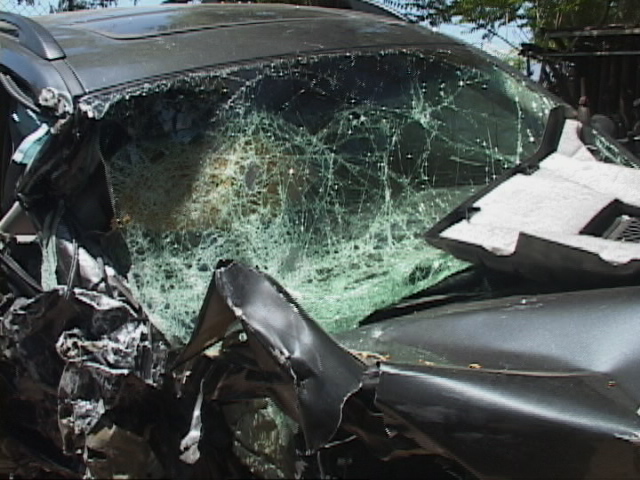 Rather then hit driver side to driver side, which could have led to far more serious injuries, these two vehicles hit each other on their passenger sides. Had there been passengers, the outcome could have been far worse.

Immediately after the collision, a driver behind the Subaru collided with debris from the wreck. Highway Patrol officers report that the third vehicle hit a wheel that had come off the Subaru causing the third vehicle, a Nissan Maxima, to run off the road. Neither of the two occupants of the Nissan was injured.

The 63 year old driver of the Cadillac suffered a possible broken arm and other injuries that may have included broken ribs. The 19 year old driver received what were described as minor injuries.

We work to provide daily news to all of the Eastern Sierra, in the tradition of Eastern Sierra News Service and the Sierra Wave. We bring you daily happenings, local politics, crime, government dealings and fun stuff. Please contact us.
View all posts by News Staff →
Klondike Open to Motorized Boats Saturday
Morning Walk Turns Fatal in Death Valley