As cases of H1N1 flu have dropped in the Eastern Sierra, more vaccine has arrived. In both Inyo and Mono counties anyone who wants the vaccine can have it. Health Officer Dr. Rick Johnson said its important to get vaccinated. 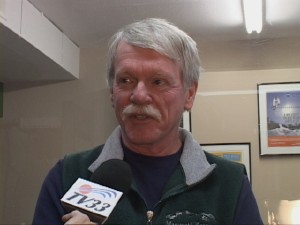 Johnson said Inyo County has just joined Mono County and other areas of the State by offering the H1N1 vaccine to whoever wants it. Johnson said its not too late to get vaccinated. He said that epidemic levels of the flu still exist even though the current peak has passed. We want to prevent a third wave, he said, which is predicted for the spring.

Dr. Johnson suggested that college students home for the holidays should think about vaccinations, as well as family members who come to Inyo-Mono for the holidays and may not have been able to get the vaccine where they live.

We work to provide daily news to all of the Eastern Sierra, in the tradition of Eastern Sierra News Service and the Sierra Wave. We bring you daily happenings, local politics, crime, government dealings and fun stuff. Please contact us.
View all posts by News Staff →
United Air Service in the Future
Mammoth School Superintendent Will Not Return to Work