The Bishop Unified School District Board of Trustees will make a decision at its March 17 meeting on whether to allow a waiver for those with a concealed weapon permit to come on campus packing heat. 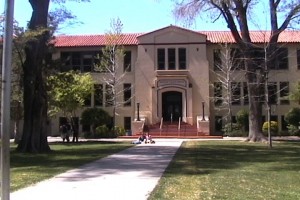 The discussion started in January and continued at last night’s trustees’ meeting. Two of the trustees, Tina Orrill and Taylor Ludwick weren’t ready to commit.

Those who attended the meeting to comment on the agenda item, Supervisor Barry Simpson, trustees Eric Richman and Kathy Zack and staff want a total no-guns policy.

Since 1995 California’s Gun-Free School Zone Act has banned weapons on school grounds, unless the armed person has a concealed weapons permit. Senate Bill 707, signed in October 2015 and in effect as of January 1, amended the Act banning concealed weapons unless the district allowed for waivers and set the requirements for those waivers. That was the question before the board.

Orrill was concerned about the inconvenience for parents with concealed weapon permits having to leave their weapons home when they dropped their kids off at school. “I’m not ready to make an informed decision,” she said, noting she had an appointment to discuss the issue with someone in law enforcement.

Ludwick wanted to look at the research. “My concern is safety,” he said, agreeing with former teacher Steve Elia that the six hours children spend in school should be their safest hours.

Trustee Josh Nicholson’s position was that school staff should not carry weapons on campus but the properly permitted public could. “Someone with a permit shouldn’t have to put his weapon in the unsecured trunk of his car to go to a football game or attend (the play) “Chicago,” he said.

The final public comment came from Athletic Director Stacy Van Nest. “I’d much rather have that weapon in the trunk than in the stands at football games,” she said.

Richman came armed with research. His cousin, Jeremy Richman, lost his daughter at Sandy Hook in December 2012. “He’s the guy standing behind the President when he addresses another school shooting,” Richman said. “The reason we’re here having this discussion is the failure of government.”

He went on to read an article dispelling the “good guy with a gun” theory that maintains mass shootings can be stopped by that good guy. The writer, a former Special Ops officer, concluded that the good guy with a gun myth is “perpetrated by people who’ve never been shot at.”

No one spoke in favor of a waiver allowing concealed weapons on campuses during the public comment period. Superintendent Barry Simpson polled his staff; more than half responded and 75% did not approve of a waiver.

Eric Leitch paraphrased Anton Chekhov, “if a gun appears in chapter one (of a novel), it has to be shot. I’ve never encountered a situation where a gun would make that situation better.”

“Guns make a situation worse,” Elia agreed. “We need to maintain the sanctity of the school zone. (Concealed weapons) are not in the service of learning.”

A parent had a problem “having a discussion with children and guns in the same sentence. School is a place of hope.”

A teacher argued that having a permit was not enough of a qualification to carry on campus.

“This (the concept of guns on school grounds) is totally foreign to me,” said Simpson. “There is more risk with guns on campus.”