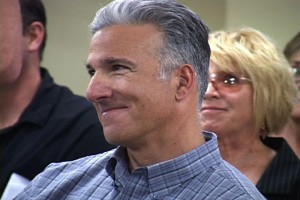 Dallas has been with Mammoth 14 years and has developed and cultivated an
exceptionally strong operations team. His responsibilities included the day-to-day operations of Mammoth and June Mountain Ski Areas along with Food and Beverage, Retail, Ski School, Summer Activities and Rental Services.

During his tenure at Mammoth, Dallas was instrumental in business planning and execution, and he led the operations team through countless construction projects and
infrastructure improvements.

“I leave Mammoth with a sense of confidence knowing the company is strong, healthy, and will continue to reach new heights in the upcoming years. I’m very proud of what the company has accomplished over the last several challenging years, and it is positioned incredibly well to prosper with a real winter. I would put my operations team up against any in the industry, they are truly the best of breed. I want to thank Rusty for his unwavering support and confidence in my abilities and
giving me the opportunity to succeed, fail, and grow,” said Dallas of his upcoming departure. “I learned to ski at Mammoth, and it’s been my mountain home my entire life. I will miss Chair 23 on a mid-week pow day.”

“Greg has done the impossible during impossible times, leading Mammoth to profitability despite a string of record setting droughts and declining skier visits. His talent and intensity will be missed,” said Mammoth Mountain CEO Rusty Gregory of Dallas’ departure.

Another one bits the dust.