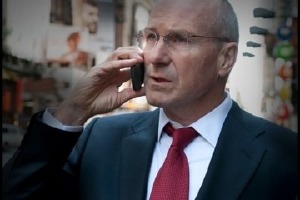 Have you seen the HBO show, “Too Big to Fail”? Gotta see it to feel the depth of the total self absorption and reptilian lack of care for the rest of the country on the part of all of the heads of big banks. The show unfolds the story of how they all pushed our entire economy and that of the globe to the brink of disaster. How did they do it? By cavalier gambling on investments they sold to customers. They would bet against the investments so if they failed, the banks would clean up.

When men care just for obscene multiples of profit at any price with no hint of ethical concern for the rest of society, it’s time to regulate them. These few men have tipped our economy on end and created unemployment, high prices, lost homes and broken lives. They could care less. They just want to know about the size of their paychecks and bonuses. The rest of humanity be damned. Sounds criminal to us in the Bureaucrat Beat Newsroom. Criminals need punishment and control. Get on with it, Congress. The Wall Street banks continue with the same maddeningly dangerous practices that they used before the fall.

Oh, wait a minute. The banks pay congress members not to do that. You know, campaign contributions, gifts, in short – bribes to keep life the way they want it. They all look like crooks to us. 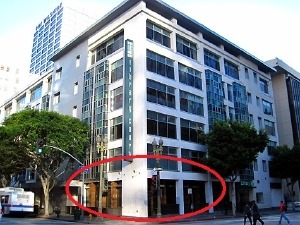 On to a lighter note. How about pizza? That’s how we dine when we pay a visit to Hope St. in Los Angeles and the Department of Water and Power headquarters. Love the new Urbano Pizza Bar that opened on Hope and 6th earlier this month. No lack of lovely pizza – from pomodora to mushroom and four-cheese. Thin-crusted and bubbly. DWP guys – I’ll be the one in the hat and dark glasses with the microphone pinned to my collar. Let’s do lunch!!!!

Bad omen for the U.S. Postal Service. Seems in Anchorage, Alaska (no, we will not blame Sarah Palin) a pair of bald eagles that nest near the post office in Dutch Harbor have begun to dive bomb customers. The national bird and symbol of America wants customers to go away. It’s not an irrational hatred for the post office, as some feel, but the fact that the eagles have baby eagles in their nest.

One of our listeners took great offense at Republican US Senator from Pennsylvania, Rick Santorum, who will run for president. Seems Santorum, as our listener put it, hijacked D Day from our World War II Veterans and proclaimed that they “risked everything so they could make that decision on their health care plan.” Say what???!!! Let’s ask some of those veterans if they had a government health care plan in mind when they charged the beaches on Normandy. Come on, Santorum, get your own credibility. Those soldiers did, in fact, fight for theirs.

Couple of incidents locally that have raised citizen hackles. Hey, bureaucrats, folks do not want you to invade their territory. Ask permission to enter. Otherwise, stay the heck out on the street. One bureaucrat or another has entered private property to allegedly do their job when they didn’t have to. That’s a big no-no. As one of our own in the Bureaucrat Beat Newsroom said, where’s their common sense? That’s what it takes to judge how to deal with the public and people, in general. Apparently, common sense may amount to a recessive trait in a number of gene pools.

In Ventura County, the grand jury found that bullying is a big problem in County government. Wow. Who knew? Does it go on here? We did hear about someone in the Inyo District Attorney’s Office who had accused someone of talking to the media. Geeezzzzz! What’s with the first amendment phobia??? The encounter had bully written all over it. Life is to short for attacks. That’s stuff playgrounds are made of.