SACRAMENTO – Following the lowest snowpack ever recorded and with no end to the drought in sight, Governor Edmund G. Brown Jr. Wednesday announced actions that will save water, increase enforcement to prevent wasteful water use, streamline the state’s drought response and invest in new technologies that will make California more drought resilient. 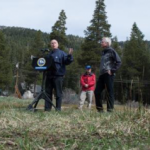 “Today we are standing on dry grass where there should be five feet of snow. This historic drought demands unprecedented action,” said Governor Brown. “Therefore, I’m issuing an executive order mandating substantial water reductions across our state. As Californians, we must pull together and save water in every way possible.”

For more than two years, the state’s experts have been managing water resources to ensure that the state survives this drought and is better prepared for the next one. Last year, the Governor proclaimed adrought state of emergency. The state has taken steps to make sure that water is available for human health and safety, growing food, fighting fires and protecting fish and wildlife. Millions have been spent helping thousands of California families most impacted by the drought pay their bills, put food on their tables and have water to drink.

The following is a summary of the executive order issued by the Governor today.

For the first time in state history, the Governor has directed the State Water Resources Control Board to implement mandatory water reductions in cities and towns across California to reduce water usage by 25 percent. This savings amounts to approximately 1.5 million acre-feet of water over the next nine months, or nearly as much as is currently in Lake Oroville.

To save more water now, the order will also:

-Replace 50 million square feet of lawns throughout the state with drought tolerant landscaping in partnership with local governments;
-Direct the creation of a temporary, statewide consumer rebate program to replace old appliances with more water and energy efficient models;
-Require campuses, golf courses, cemeteries and other large landscapes to make significant cuts in water use; and
-Prohibit new homes and developments from irrigating with potable water unless water-efficient drip irrigation systems are used, and ban watering of ornamental grass on public street medians.

The Governor’s order calls on local water agencies to adjust their rate structures to implement conservation pricing, recognized as an effective way to realize water reductions and discourage water waste.

Agricultural water users – which have borne much of the brunt of the drought to date, with hundreds of thousands of fallowed acres, significantly reduced water allocations and thousands of farmworkers laid off – will be required to report more water use information to state regulators, increasing the state’s ability to enforce against illegal diversions and waste and unreasonable use of water under today’s order. Additionally, the Governor’s action strengthens standards for Agricultural Water Management Plans submitted by large agriculture water districts and requires small agriculture water districts to develop similar plans. These plans will help ensure that agricultural communities are prepared in case the drought extends into 2016.

Additional actions required by the order include:

-Taking action against water agencies in depleted groundwater basins that have not shared data on their groundwater supplies with the state;
-Updating standards for toilets and faucets and outdoor landscaping in residential communities and taking action against communities that ignore these standards; and
-Making permanent monthly reporting of water usage, conservation and enforcement actions by local water suppliers.

-Prioritizes state review and decision-making of water infrastructure projects and requires state agencies to report to the Governor’s Office on any application pending for more than 90 days.
-Streamlines permitting and review of emergency drought salinity barriers – necessary to keep freshwater supplies in upstream reservoirs for human use and habitat protection for endangered and threatened species;
-Simplifies the review and approval process for voluntary water transfers and emergency drinking water projects; and
-Directs state departments to provide temporary relocation assistance to families who need to move from homes where domestic wells have run dry to housing with running water.

The full text of the executive order can be found here.

For more than two years, California has been dealing with the effects of drought. To learn about all the actions the state has taken to manage our water system and cope with the impacts of the drought, visit Drought.CA.Gov.

Every Californian should take steps to conserve water. Find out how at SaveOurWater.com.

What are we to do when 80% of the problem is unrestricted, could it be that individuals like Stewart Reznick (paramount farms) give campaign donations to a lot of the state legislator (both parties)? while having record profits from the huge and NEWLY planted almond and pistachio farms.. did we… Read more »

You look around, and nobody is really listening, you bring it up and nobody really leaves the conversation as if they are going to do something different with water…. This is what we get when we live in a society that won’t let go of the consumer culture, there is… Read more »

What about the Bottled Water Companies ? they will come into a Region and just take over the ground water, sounds like the Governors plan is a sham, I do give him some credit for trying limit water use, but the cows are already out in the field.

Lawnscapes: Never fear Mammothonians, some day we will have landscaped median strips to accompany our beautiful green shoulders on 203. ———————————- Brown’s order does not apply to agriculture, the only sector which has suffered serious economic losses from the drought, having lost key supplies of water in previous years. But… Read more »

Hey Jerry B. How about dealing with this!

So 36 hours later 136 cfm , DWP is a water dealer. DWP has no care for the environment of the Eastern Sierra’s or California . They only suck us dry!! What happens when the tap runs dry???? 25% reduction right, suck suck suck. It will run dry up and… Read more »

why conserve? The water used locally returns to the ground locally. The water DWP takes we never see again.

Ever hear of evaporation? Quite a bit of it going around.

I understand this is a two week old story, but I had a conversation earlier today that relates to, and I’m still extremely annoyed by it, so here’s my comments to those who say “why conserve” OR “we should all use as much water as possible in the Owens Valley… Read more »

And today DWP started flowing water through the East portal tunnel, going from 41 cfm to 91 cfm in six hours. Right they’re cutting back. Upper Owens is cloudy and turbulent in just a couple of hours. Really poor management of a prime fishery! So much for Mono Lake and… Read more »