Gas consumption in California has dropped and so have oil prices. Even so, gas prices continue a slow climb up. Compared to last year, however, gas prices have dropped about 40%. 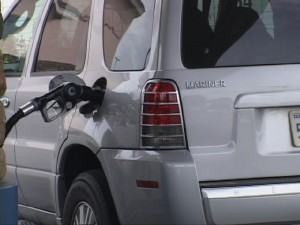 With less money to spend, consumers all over the nation have used less gasoline, which leaves a hefty supply in reserve. The U.S. government announced recently that crude oil storage facilities were as full as they have been in roughly 16 years. Oil prices remain relatively low.

Triple A concludes that even though a gasoline surplus exists and oil prices remain low, gas prices at the pump have edged up a little. In the Eastern Sierra, gas prices in the Owens Valley range from $2.25 per gallon of regular unleaded up to $2.45. In the Mammoth Lakes area, $2.67-$2.69 per gallon of regular. We remain higher than the national average of $2.05.

We work to provide daily news to all of the Eastern Sierra, in the tradition of Eastern Sierra News Service and the Sierra Wave. We bring you daily happenings, local politics, crime, government dealings and fun stuff. Please contact us.
View all posts by News Staff →
Gold Rush Style Skiers in Mammoth
Parents Petition School Board to Keep Coach Egan