By Press Release on August 3, 2022 in Inyo County, Public Event 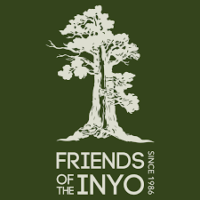 Bishop, CA – In an effort to better serve the public land protection needs of Southern Inyo County, conservation nonprofit Friends of the Inyo (FOI) will soon open its first ever Satellite Office in Lone Pine.

Located at 142 East Bush Street, in the Historic Forum Theater Building, the 700 square-foot corner suite is across from the Lone Pine Post Office, and, on the North Jackson Street side of the building, across from Stratham Hall and the Lone Pine Volunteer Fire Department.

Having an office in Lone Pine will strategically put FOI close to such iconic public lands as Alabama Hills National Scenic Area, the Mt. Whitney Ranger District of the Inyo National Forest, Death Valley National Park, and Conglomerate Mesa, for which FOI, along with local Tribes and other desert land advocates, is working to gain permanent protection. It will also allow FOI to be physically much closer to Inyo County Seat Independence than the organization’s Bishop Headquarters, thereby making possible greater engagement with County Government.

Lone Pine local Kayla Browne, the FOI staff member who will be in charge of the new Satellite Office, said, “As Desert Lands Organizer and a resident of Lone Pine, being a part of the community is important to me. The new Lone Pine Office will allow FOI to host gatherings and meetings, give people a place to come to for inquiries, and show our commitment to the communities of Southern Inyo County.”

To celebrate this expansion milestone in Friends of the Inyo’s 36-year history, the community and the media are invited to an Open House on the Lone Pine Satellite Office’s Grand Opening Day, Friday, August 19. The 5 to 8 p.m. Open House will include free food for the first 50 attendees, assorted beverages, coloring sheets and snacks for kids, and the opportunity to meet FOI staff and board members and to mix & mingle with fellow Eastern Sierra neighbors.

In extending her invitation to everyone to join Friends of the Inyo for this momentous occasion, Executive Director Wendy Schneider said, “At FOI we are very excited about the opening of our Lone Pine Satellite Office. While our work to protect and care for the public lands of the Eastern Sierra has always included Southern Inyo County, our new office is a more visible demonstration that FOI is a long-term, long-standing member of the Southern Inyo County community, and that we are a local employer and committed stakeholder that contributes to the area’s economic viability and culture.”

About Friends of the Inyo

Founded in 1986 as an all-volunteer organization, Friends of the Inyo was originally organized to comment on the Inyo National Forest planning process. It has since evolved into a fully staffed conservation nonprofit whose mission is “To protect and care for the public lands of the Eastern Sierra.” Supported by thousands of generous individual and corporate donors, volunteers and community partners, Friends of the Inyo engages lovers of the Eastern Sierra in the protection of our precious public lands throughout all of Inyo and Mono Counties. Learn more at www.friendsoftheinyo.org.

Thank God for FOI,The Sierra Club and other strong environmental groups for helping keep this area from becoming nothing more than a crowded big-city money making metropolis like we see on the morning SoCal news,endless housing tracs and daily traffic jams that go along with it,with little regard for Wilderness… Read more »

Mr. NIMBY is at it again…..and I do like what FOI is doing, great organization. But dude, just lighten up on the SoCaler’s….

Mono Person I have to admit something to you… I had to look up “NIMBY” to see what that means,thinking it was probably an insult. When I found out what it meant,it’s a badge I’m proud to wear… We at work got a good laugh at it,and they agree with… Read more »

Moving from the sprawl then complaining about others just wanting to the same thing you did is hypocrisy at its best. Thank you FOI for caring!

Extreme Right Winger It’s not you “wingers” wanting to move up here…. Not enough money to be made by most.. It’s them coming up here treating the land as their playground,thinking they can do as they please… You do as I did….move here by myself,not knowing a single person to… Read more »

D.D. You can mostly thank the Feds, State, and City of LA landowners for keeping the area unpopulated. With the help of those environmental groups we could have bigger cities and local economies here ALONGSIDE a healthier natural environment. I argue we cannot have a healthy economy without a healthy… Read more »

Pedro Maybe my view on things are different than some others living here in the Owens Valley,but I’ll sacrifice big money,big economy,bigger cities and a bigger population for what we have living here now. If people really want all that “bigger” stuff,there are “bigger” places to move to where they… Read more »

We need and appreciate FOI