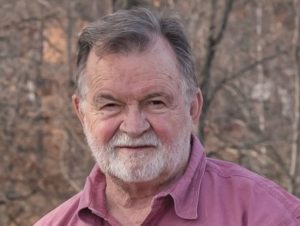 The son of Charlie and Rose Bleggi, Frank was born on April 8, 1937 at Price City, Utah. As a child Frank lived in Mapleton, UT and graduated from Springville High School.

He served 4 years in the Navy during the Korean Conflict as electronics’ technician, later choosing to become an electrician, a master electrician with licenses in five western states.

In 1987 he quit construction and was hired as the electrician for the National Park Service at Sequoia and Kings Canyon National Parks with his home in Three Rivers, CA.

When the children visited he looked forward to hiking, swimming and enjoying game time with them.  Frank would share a story or tell a joke which left you laughing. He was a person that never sat still was always up and doing something.

Frank was preceded in death by his parents Charlie and Rose, sister Charlene and daughter Lisa.

As requested by Frank he will be cremated with no service.  His ashes will be placed at the foot of his parent’s grave in Utah.

To Those I Love, “When I am gone, just release me, let me go – so I can move into my afterglow.  You mustn’t tie me down with your tears; let’s be happy that we had so many years. I gave you my love, you can only guess how much you gave me in happiness.  I thank you for the love you each have shown, but now it’s time I travel on alone. So grieve for me awhile, if grieve you must, then let your grief be comforted with trust.  It’s only for a while that we must part, so bless the memories within your heart. And then, when you must come this way, I’ll greet you with a smile and a “Welcome Home”.