By Deb Murphy on October 26, 2020 in Inyo County, Meet the Candidate

Big Pine, Independence and all points in between will be getting a new Inyo County Supervisor sworn in this January. The choice: Jennifer Roeser or Don Bright, both familiar names in Inyo County.

Here’s the abbreviated, blow-by-blow discussion, starting with how each candidate would distinguish themselves and carry out their supervisorial duties.

Bright, a long-time resident and retired airline pilot following service in the military flying fighter jets, described himself as a problem-solver who takes in information, would listen to his constituents and staff, do the research. “I don’t assume,” he said, “I find the answers.”

Roeser, owner of McGee Pack Station with husband Lee, came up through the school of hard knocks, overcame challenges and thinks outside the box. She would listen and take advice. “I’m a believer in small business,” she said. “Government should get out of the way.”

What past Inyo Supervisorial decisions would each candidate have voted against?

How would each enforce elements of the Green Book, the how-to manual for the LTWA?

“It starts with the Water Department, the Water Commission, the Technical Group, Standing Committee,” Bright said. Both candidates agreed the Green Book could and should undergo revisions.

What are the top three concerns the candidates have heard from the voters? 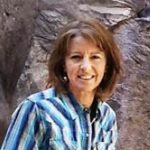 “The federal partners have let us down when it comes to dispersed camping,” Roeser said referencing the closing of campgrounds, pushing campers to undesignated sites. In addition, voters wanted to get businesses open and public land management. She suggested the County “engage with federal land managers” to clean up the forests.

Bright’s top three started with the COVID-19 response and health concerns, smoke and traffic speed on U.S. Highway 395. “The traffic is changing the complexion of our towns and Big Pine and Independence are the most impacted,” Bright said. “We need traffic calming. Independence wants a stop light.”

How would each candidate represent the tribal communities in the Fourth District?

Considering the requirement for consultation with tribes on impactful issues, Bright would try to meet in the middle. He felt the Big Pine community has been treated unfairly in regards to water issues, seeing an 80-foot drop in the water table. Roeser wasn’t sure how effective the consultation procedure is. “It seems like a token,” she said. “The tribes need a stronger seat at the table.”

With the Veterans Service Office closed since mid-summer, how would each candidate assure services and should the Office be removed from the umbrella of the Sheriff’s Department?

Roeser felt the VSO was underserved and the office should be located where the veterans are. Bright acknowledged vets are now going to Kern County and thinks the function should be under the Department of Health and Human Services.

What opportunities should the County pursue?

Bright noted the influx of urban refugees who can work remotely. “They will bright a lot to the table,” he said. Another untapped opportunity: a broad range of outdoor activities. Roeser felt Inyo needs better jobs in both the trades and skilled professions. She wanted to see the Wounded Warrior program moved to Inyo County and more help for Chris Langley with the film industry.

Does the Sheriff’s Department get enough funding to provide necessary services and should there be more drive-throughs by officers in Big Pine? Both agreed the department’s funding was adequate and more of a presence would be good.

On support for the Eastern Sierra Sustainable Recreation Project, Bright was supportive and saw some interesting line items on the ESSRP’s list of projects put forward by community members. Roeser wasn’t supportive, citing the $750,000 funding and the fact the project simply came up with a list of projects.

Other thoughts on the County’s budget: Roeser felt the County was too dependent on grant funding and would like to see more reliable income streams. Bright anticipates seeing the impact of COVID-19 in the next fiscal year. While tourism has the greatest impact, he saw agriculture as a more steady flow of income.

The final question went back to issues related to LADWP. “The overreaching impact is the extraction of water,” Bright said. “Pumping set us on a course of conflict.”

Roeser agreed that water mining was the top issue, followed by the difficulty of surviving on an ag lease with LADWP. She felt the County needed to protect agriculture and keep public lands available for recreation. She also noted the County’s eminent domain lawsuit against LADWP regarding the landfill site would change the relationship if the County prevailed.

The County lost the first round on eminent domain in the courts.