In their final report on the Fossett plane crash, the National Transportation Safety Board concluded that downdrafts caused the fatal accident. 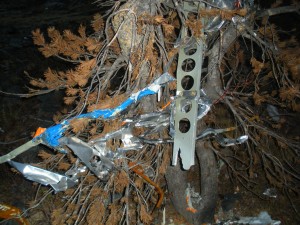 Investigators poured over the remains of the plane and determined that the plane was intact and had a functioning engine at the time of impact. A preliminary report on the accident pointed to weather as the cause. Now investigators say that down drafts of at least 400 feet per minute, might have exceeded the climb capability of the airplane which at a density altitude of 13,000 feet, was about 300 feet per minute.

The new report, issued on July 9th, doesnt offer much new information on the accident beyond the final determination of the cause of the crash, leaving those that speculate Fossett survived the wreck only to succumb to his injuries after crawling a half mile or so away, in the same boat they were in before. 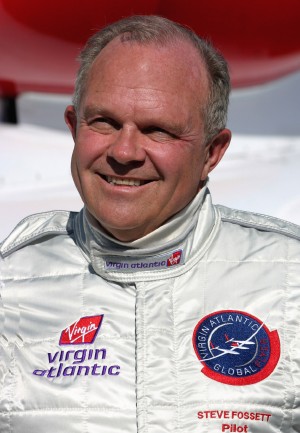 When we spoke with Terry Williams with the NTSB, he explained that the report contains the known facts of the case, from which investigators were able to determine the probable cause of the accident. Beyond that people are free to speculate, it appears.

Those who believe Fossett survived the crash bring up a five point seatbelt harness that was unbuckled. How did that happen if he Fossett didn’t undo it himself? The NTSB report confirms this fact as well as the fact that the conventional lap belt for the front seat was also unbuckled. When asked how these seat belts ended up unbuckled, Williams said that the NTSB does not know why.

Fossetts remains were found a half mile from the crash site, leading speculators to believe that the man crawled away from the burning wreckage before he died. Williams says that the NTSB does not know how the remains ended up so far from the wreckage.

The NTSB report does say that the pilots seat frame was bent and crushed to one third of its original size and that the emergency door release had not been opened.

Which ever way it went at the end, it was over a year before anyone arrived at the wreckage of the plane.

We work to provide daily news to all of the Eastern Sierra, in the tradition of Eastern Sierra News Service and the Sierra Wave. We bring you daily happenings, local politics, crime, government dealings and fun stuff. Please contact us.
View all posts by News Staff →
30-Year-Old Mammoth Woman Found Dead
Mammoth Hospital Administrator Answers Questions