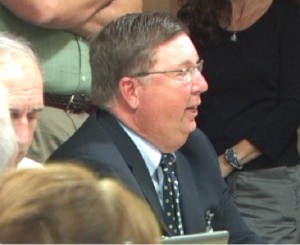 Mammoth Hospital CEO Gary Boyd suffered a stroke. Officials say they do not know when he will return.

In early November, Mammoth Hospital CEO Gary Boyd suffered a stroke and was flown to Renown Hospital in Reno. Hospital staff reported recently that Boyd was “transferred out of ICU, has no paralysis, is communicating and anxious to get out of the hospital.”

In Mr. Boyd’s absence, the hospital board has appointed former Mammoth Hospital Administrator Gary Myers to fill in as an Interim CEO. In a press release, officials said that although Gary Boyd is recovering very well, “it is unclear when he will be able to return to the helm.” Gary Myers was the District’s previous CEO for 13 years and retired in 2007.

Officials said that “with Myers’ experience and knowledge of the District he will be able to provide the needed oversight and direction in Boyd’s absence.” The press release goes on to say that during his tenure, Myers brought twelve out-patient clinics to the community that included satellite clinics in Bridgeport and Bishop, the SPORT Center that houses the physical and occupational therapy services plus a hospital expansion.