I am saddened to share the news from his wife, Barbara, that Gary Boyd passed away at 6:30 PM last evening in Lodi, CA following a lengthy illness. 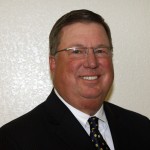 Gary served as the Chief Executive Officer of Mammoth Hospital from 2008 through 2012.  Gary had been involved in health care for over three decades and began his career as a Radiologic Technologist before moving into healthcare administration over 15 years ago.

Prior to moving to Mammoth Lakes, he was the Senior Vice President of Clinical and Support Services at John Muir Health in Walnut Creek, California. His job included overseeing hospital operations for the Hospital Division of John Muir Health at the Walnut Creek Campus and the Concord Campus. Gary also served as the Chief Operations Officer for the Brentwood Medical Center.

Gary earned his bachelor’s degree from the University of San Francisco and a master’s degree from San Diego State University in Public Health with a specialty in Health Services Administration.  He was a Board member and Treasurer of the Association of California Healthcare Districts, was an Alpha Council member and their Treasurer, an Advisory Board member of the California Critical Access Hospital Network, and active in the California Hospital Association’s Rural Advisory Board.

In 2011 Gary earned the prestigious status of Fellow in the American College of Healthcare Executives (FACHE). He was a past-President of the Mammoth Lakes Noon Rotary Club and was an active member of the Mono County Sheriff Search and Rescue Team.  Gary leaves behind his wife and two grown children and baby granddaughter.

He will be sorely missed by the many friends he made here and our thoughts and prayers go out to his loving family during this difficult time of loss.

Services will be held this weekend in Manteca and a celebration of life may be held in Mammoth Lakes at a later date. In lieu of flowers donations can be made to Mono County Search and Rescue Team, Shriner’s Hospital for Children or a cancer research group of your choice.