By News Staff on December 19, 2014 in General Misc. Stories, Obituaries

Paul Michael Ranallo, age 52 passed away December 2, 2014. A longtime resident of Bishop, California, Paul had a great love of music and writing.  They were the biggest part of his life. 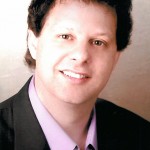 Before moving to Bishop, he was a disc jockey at KAGI in Grants Pass, OR.

In Bishop he worked as a disc jockey at what is now known as Sierra Wave Media, formerly known at KDAY-FM, where he started the Sunday afternoon “Spanish Show.”

He also hosted a Spanish TV show at USA Media Cable Television and wrote the commercials for his sponsors.  Although he wasn’t Hispanic, he spoke Spanish and wanted to help inform the Hispanic community of the events and the services available to them.  He volunteered much of his time.  Paul was a very caring, gentle man, a people person.

He was very close to many of his cousins and other loving family members. Memorial Service will be held 11AM Monday, January 5, 2015 with visitation one hour prior to the service at St. Philip Catholic Church, Father Bala celebrant.

Memorials may be made to the Fisher House or the Wounded Warrior Project. WILLIAMSON MEMORIAL FUNERAL HOME & CREMATION SERVICES, 615-794-2289. www.williamsonmemorial.com