By News Staff on June 16, 2014 in Government Agencies/Utilities

Since the afternoon of Sunday June 15th, 2014 search teams have scoured the rugged backcountry terrain in the Mt. Whitney area looking for missing hiker John Likely, a 60-year old man from Dumont, NJ. At least 70 Search and Rescue team members from throughout the state of California have been assisting. The Sierra crest and surrounding areas have been flown and analyzed by aerial reconnaissance experts. Today, strong winds coupled with the Shirley Fire that is west of Lake Isabella, CA have created some visibility issues for aerial support.

“We are still treating this mission as a rescue versus a recovery,” stated Inyo County Assistant Search and Rescue Coordinator Brian Hohenstein. “The High Sierra backcountry presents search teams with significant challenges, but we are fortunate to have Search and Rescue support from experts throughout the State.”

According to information received, John Likely was last seen near the cable rails on the 99-switchback section of the decent from Mt. Whitney. Likely is reported to be wearing a red San Francisco 49ers ball cap, a black jacket, dark colored shorts and a small backpack, he has gray hair and no facial hair. 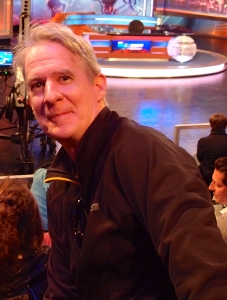 from Dumont, NJ had been separated from his hiking group and hadn’t been seen since June 14th.  According to information received, a group of three friends who have hiked together regularly throughout the years, summited Mt. Whitney on June 14th.  During the decent down the trail, Likely was hiking at a slower pace than the other two members of the group; according to the reporting party it was not uncommon to go on ahead of Likely.

The two members of the hiking group continued their decent at a faster pace, and waited for Likely at Trail Camp. They could see Likely continuing down the switchbacks with their binoculars and decided they would continue on to Outpost Camp where they were to spend the night.  Likely never made it to Outpost Camp.  The two-person group searched for their friend the night of June 14th, and the morning of the 15th.  The Sheriff’s Office was contacted and immediately responded with Inyo County Search and Rescue ground crews.  Additional ground support is currently being provided by Mono County Search and Rescue, as well as China Lake Mountain Rescue Group.  CHP helicopter H-80 is also assisting in the search.

The Sheriff’s Office is asking for any information from hikers who may have seen John Likely over the weekend.  Likely is reported to be wearing a red San Francisco 49ers ball cap, a black jacket, dark colored shorts and a small backpack, he has gray hair and no facial hair.  Please call Sheriff’s Dispatch at 760-878-0383 if you have any information that could assist in this search.

We work to provide daily news to all of the Eastern Sierra, in the tradition of Eastern Sierra News Service and the Sierra Wave. We bring you daily happenings, local politics, crime, government dealings and fun stuff. Please contact us.
View all posts by News Staff →
Memorial for Margaret Hurd
Seniors concerned over meeting time
3 Comments
Newest
Oldest Most Voted
Inline Feedbacks
View all comments

P.S.
SAR teams are great and we have the best around.

I don’t think there’s anything wrong with walking by yourself on the trail, especially a highway like that one. And these guys checked up on their friend and went back looking for him when he didn’t show.