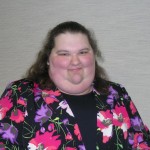 Since joining the Inyo court in 2010, Ms. Grimm served on several
statewide judicial branch committees, including the Court Judiciary
Education and Research Governing Committee, the Court Executives
Advisory Committee, the Court Interpreters Advisory Panel, and other
advisory groups and committees committed to improving the courts for
the citizens of California.

Ms. Grimm also worked on two courthouse construction projects for the Inyo court and, as part of the response to severe budget cuts to the trial courts resulting from California’s fiscal crisis, Ms. Grimm assisted in the development of a statewide court funding methodology to secure fair and appropriate funding for the smaller trial courts in the state.

In July, Ms. Grimm was appointed to a three-year term on the Judicial Council’s Advisory Committee on Providing Access and Fairness.

Grimm says that she will take with her fond memories of Owens Valley, Inyo County, and the court staff who supported her work at the court. “This is where I began my career as a court administrator. I will miss the mountains, clean air, and people of Inyo County. I will definitely miss my hard working staff, who continue to serve the court and the public through times of decreased funding and difficult change. But the Imperial court is giving me a wonderful opportunity to grow professionally in a larger court with its own challenges, and I look forward to making continued contributions to the judicial branch.”

Judge Dean Stout, who was Presiding Judge of the Inyo Court during
much of Ms. Grimm’s tenure as Court Executive Officer, expressed the
Court’s appreciation for Ms. Grimm’s service during her years at the
Inyo Court: “We are grateful for Tammy’s hard work, both for our
Court and for the judicial branch statewide, especially during one
of the most difficult fiscal crises we and the judicial branch have
ever faced. We are pleased at this opportunity for her to oversee
the work of a larger court with more employees and judges, and we
wish her all the best in her new position as Court Executive Officer
at the Imperial court.”

Ms. Grimm’s last day at the court was July 31, 2014, which will allow her time to relocate and transition to her new court, while giving the Inyo court the opportunity to expedite its search for her successor.

We work to provide daily news to all of the Eastern Sierra, in the tradition of Eastern Sierra News Service and the Sierra Wave. We bring you daily happenings, local politics, crime, government dealings and fun stuff. Please contact us.
View all posts by News Staff →
Vagabond – a total loss
‘Ideal candidate’ Dion Agee joins MLF
3 Comments
Newest
Oldest Most Voted
Inline Feedbacks
View all comments

Yes it only took 4 years to catch this woman. It doesn’t pay to due crime. Some one higher will catch you or the general public will. Hope this teaches everyone that crime doesnt pay. Hope they give this lady the punishment she deserves, since Inyo County seems to not… Read more »

Innocent until proven guilty. Maybe the I.T. guy screwed up and he never received them?