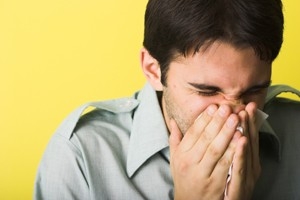 So far, officials see no flu activity in the Eastern Sierra.

For an unknown reason, flu season this year has barely materialized.  Some officials speculate that drier, warmer weather has kept the bugs at bay, but that’s not a scientific fact.  Inyo-Mono Public Health Officer Dr. Rick Johnson did issue a flu update as February gets underway.

Dr. Johnson said that there is no evidence of influenza activity so far in the Eastern Sierra.  Johnson did say that surveillance in Los Angeles has demonstrated an increase in flu activity although it is still low.  Usually, flu activity peaks in February.

In California and the nation, Johnson said reports indicate that flu activity is reporting low but increasing.  Other viruses that frequently attack the respiratory system have continued to be more common this winter.

Once again, health officials recommend a flu shot, particularly for children, the elderly and immune system compromised.  Prevention remains a major strategy to fight the flu.  Stay home if you’re sick. Cover your mouth when you cough or sneeze.  Wash your hands frequently.

Four months of negotiations and still talking
Sign up for CERT