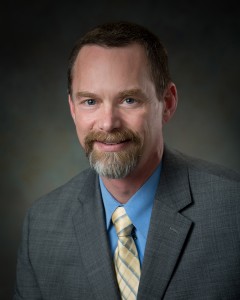 Dr. Flanigan will be dropping the word “interim” after accepting a two-year contract offer from the district board.

The announcement came at the NIHD Board of Directors meeting Wednesday evening following a closed session performance evaluation for Dr. Flanigan.

“The Board is so pleased to announce this decision,” Mrs. Hayden said Thursday morning. “Dr. Flanigan led us through a difficult transition as Interim CEO and re-established the confidence of our staff and our community. He has many new and exciting ideas in store for the hospital, and we look forward to seeing him build a strong healthcare team for this community.”

“I am flattered and humbled by the Board’s actions Wednesday night,” Dr. Flanigan said Thursday. “It is a true honor to have the opportunity to lead this wonderful organization and to be able to partner with others in the Eastern Sierra region to ensure that tomorrow’s healthcare is better than that of yesterday. We truly are one team with one goal.”

Since that time, Dr. Flanigan worked closely with the NIHD board and employees to develop and establish long-term strategic goals and to position the district to realize those objectives.

Together, the Board, Dr. Flanigan and the district employees placed a renewed focus on continuous improvement and ensuring the best health outcomes for everyone in the district.

The district’s new mission statement, unveiled in December, encompasses that focus: Improving our communities, one life at a time. One Team. One Goal. Your Health.

Dr. Flanigan is a graduate of the University of Richmond where he received a Bachelor of Arts in Latin and a Bachelor of Science in Biology. He subsequently received his medical degree from the Medical College of Virginia in 1993.

He completed his internship and residency training at University of Louisville after which he became Board Certified in Internal Medicine (the medical care of adults) and Pediatrics.

After nearly 15 years of medical practice, Dr. Flanigan began a new career path in medical administration serving for almost five years as the Medical Director for the State of Maine Medicaid program known as MaineCare. During that time, he earned his Masters of Business Administration from UMASS at Amherst Isenberg School of Management.

Dr. Flanigan and his wife, Kelly, a certified registered nurse anesthetist, are the parents of three children. The couple looks forward to making their home in Inyo County.

Now maybe he can try to bring cost down so we don’t have to go to Carson City or Ridgecrest. Just a thought you know for us people with blue cross insurance. Since at this point even with the cost of gas and travel the money that is saved is… Read more »

Excellent choice! Personable, knowledgeable, and competent. Since being in the position as interim-CEO, Dr. Flanigan has done a great job in quickly restoring the community’s faith in NIH. He has readily “jumped in” to quickly become involved in the community by attending local meetings and events. He has offered support… Read more »