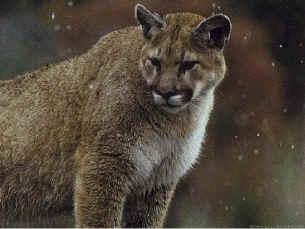 To save the endangered Big Horn Sheep in the Eastern Sierra some feel the Department of Fish and Game has gone to inhumane lengths to kill Mt. Lions which are sheep predators. Groups and citizens have accused Fish and Game of illegal and inhumane treatment of lions. In response, Fish and Game will reportedly come up with new protocols in their destruction of lions.

A federal legal opinion ruled that DFG can not use poison, snares, leg-hold or metal-jawed traps to kill mountain lions under any circumstance. Senate Natural Resources Chairwoman Fran Pavley requested the opinion after receiving reports that DFG hired contract hunters who were using inhumane and indiscriminate means to kill the lions.

However, Friday, Andrew Hughan of Fish and Game told Sierra Wave that the contract hunters quit using leg snares. They were using them to catch and then shoot the Mt. Lions. Hughan also claims there is not an open “shoot to kill order” of any or all Mt. Lions. Karen Schambach, California Field Director of PEER, said their organization learned that it was in DFG protocol to kill a lion even if it was not suspected of killing sheep. Schambach did say she understands a new protocol is under development.

DFG’s Hughan said that Big Horn Sheep are federally protected and Mt. Lions are not. Do they kill a Mt. Lion every time they see one? Hughan said, “That’s a judgment call.” He said the hunters are “probably tracking the lions and then shooting them.”

Hughan said he would provide more information on the numbers of Mt. Lions killed, how many they plan to kill and how they’re doing it. Informed sources said that the hunters kill females, leaving babies to die and other inhumane tactics. Other reports said the hunters shoot lions at a distance, leaving them to run away to bleed to death or starve. Reports say there are photos documenting these actions.

In talking points on the issue, DFG said that “All mountain lions that hunt within habitat occupied by endangered Sierra bighorn sheep are a threat to those populations and therefore fall under the predator management protocol.”

We work to provide daily news to all of the Eastern Sierra, in the tradition of Eastern Sierra News Service and the Sierra Wave. We bring you daily happenings, local politics, crime, government dealings and fun stuff. Please contact us.
View all posts by News Staff →
DFG will sell fishing licenses in Bishop before opener
Sentencing of Lupe Almaguer put off one last time