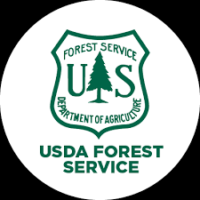 The Inyo National Forest is saddened to report that firefighter Layla Bradley, age 29, from Powell, Wyoming, died while on an assignment to the forest.  Layla was working as a member of a wildland fire engine from Dragon Fighters Inc, a company that
works under contract with the US Forest Service. They were providing additional initial attack coverage for the forest during this difficult fire season.

The Inyo National Forest staff appreciates the support that contract fire companies provide to the US Forest Service and expresses their deepest condolences to Layla’s family and friends.

[…] attack coverage for the forest during this difficult fire season.” For further reading, click hereto theColorado and […]

She was an amazing human being and will be greatly missed in her small hometown!!!

Thank-you for the update. Condolences to Layla’s family and friends, and thank-you firefighters/emergency responders for trying to save her. It’s a tough blow to them also. God bless you.