By News Staff on April 29, 2014 in Government Agencies/Utilities 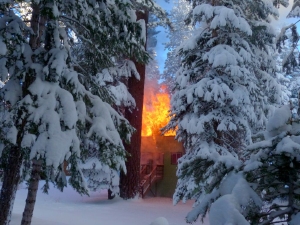 There was substantial destruction to the second floor which made determining the cause of the fire difficult. It appears that the fire 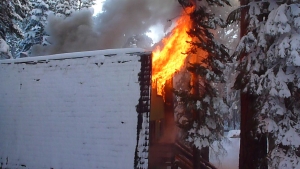 started in the area of an electric wall heater which spread throughout the upstairs bedroom. No one had been in the house for several days.

We work to provide daily news to all of the Eastern Sierra, in the tradition of Eastern Sierra News Service and the Sierra Wave. We bring you daily happenings, local politics, crime, government dealings and fun stuff. Please contact us.
View all posts by News Staff →
Fish and Wildlife set up checkpoint for fishing opener anglers
Utah couple rescued in Palisades