The Friends of the Eastern California Museum wish to invite all our Inyo and Mono County friends and neighbors to our annual meeting, silent auction and potluck dinner to be held Saturday March 11th 5:30 p.m., at the American Legion Hall in Independence. 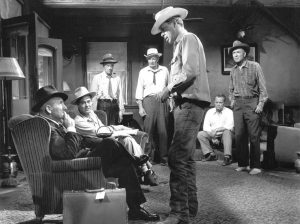 In addition to the dinner and auction, the evening program will be offered by none other than famed Eastern California Film Historian and Inyo County Film Commissioner Chris Langley. Langley’s program is titled: CINEMATIC MYTHOLOGY IN THE FILMS OF INYO. 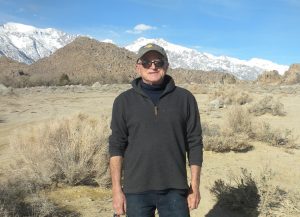 Langley states “There are many ways to look at, analyze and understand films made locally. The program will look at heroes, villains, and American values using the prism of classical mythology. In our country who do we admire, who do we disrespect, and what movie plots, characters and landscapes illuminate our lives today?”

The evening begins with a reception at the Eastern California Museum 155 N. Grant St in Independence at 4:30 p.m., with the festivities moving to the American Legion Hall (the corner of Kearsarge and Hwy 395) for dinner and the program at 5:30 p.m. There will also be a vote on a motion to change the FECM membership year from the current January through December to a 12 month year beginning on receipt of the member’s dues.

Independence is well known as the potluck capital of the world and there is no charge for the dinner. We hope everyone will come out and show their support for the Eastern California Museum. For more information visit our website… http://fecm.org/ or call David at (760) 920-8061.

Chris Langley, Cinematic Mythology in the Films of Inyo, Friends of the Eastern California Museum