Same old story. Different day on the bear issue in Mammoth. The Towns bear expert, Steve Searles, pointed to management issues that have not been handled. Fish and Game made it clear they want nothing to do with Searles. These familiar dynamics unfolded at the first public meeting of Mammoths Wildlife Committee. 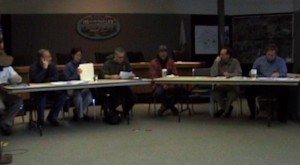 Again, this is not a new development. Fish and Game staff have made past statements that they do not accept the way Searles manages bears and fear liability. Fish and Games Bruce Kinney sat in the audience of the Wildlife Committee meeting in Suite Z Wednesday. Fish and Game and Forest Service officials have said they will not allow Searles to use a gun on their land in pursuit of bears.

The two Town Council members who make up the Wildlife Committee, Wendy Sugimura and Skip Harvey, talked about the rift between town bear management needs and bureaucratic demands. Harvey fairly begged for cooperation. Sugimura said the Town should petition higher-ups. Harvey said they need support from local personnel, which clearly has not appeared. Bruce Kinney wasnt budging. The Forest Service didnt show up at the meeting.

Searles himself said the meeting was mostly a non-event. He had prepared a 37-page report on what needs to be done in the 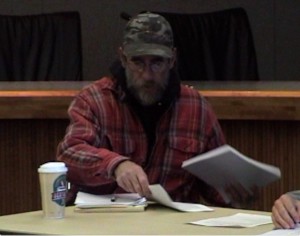 bear management program and handed it in a week ago. Officials had not read it. Searles did say he would like to see data on bear issues from Fish and Game. He said there has still been no disclosure on what happened to Blondie the Bear and several other bears.

On the issue of dumpsters and trash the main attractions for bears Michael Grossblatt said that the Town took 400 trash complaints and issued 50 citations. He said staff would consider the elimination of curbside trash pick up in Mammoth. Grossblatt did say most people made necessary clean up efforts, but he said there are some citizens who honestly hate the Town government and do not wish to cooperate.

Skip Harvey did say that the Town would rely on Searles, who has the pulse of the community, to give the Committee guidance on how to move ahead with public outreach.

We work to provide daily news to all of the Eastern Sierra, in the tradition of Eastern Sierra News Service and the Sierra Wave. We bring you daily happenings, local politics, crime, government dealings and fun stuff. Please contact us.
View all posts by News Staff →
2 Hour TV Special For Mammoth “Bear Whisperer”
New Blood in The Village at Mammoth