A new flag is always a nice way to recognize and show respect for our country. Dean’s Plumbing and Western Nevada Supply teamed up to buy the new 20-by-40-foot flag. (Photos courtesy of Gayla Wolf) 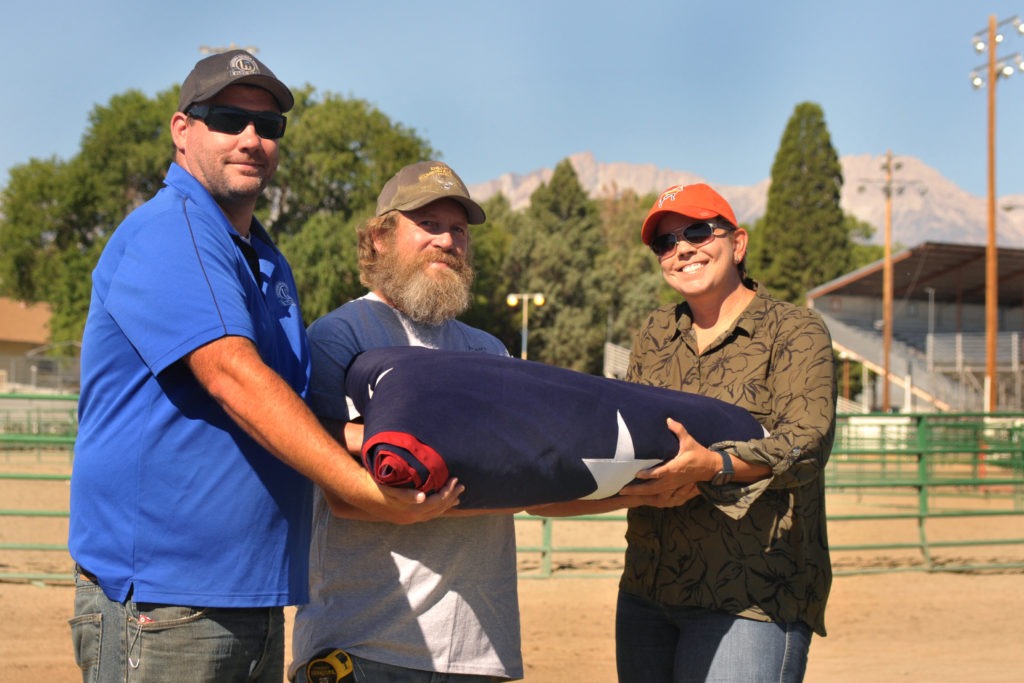 During Mule Days, Andy Boxley, owner of Dean’s Plumbing and Craig Freshette, branch manager for Western Nevada Supply, both noticed how small the flag was, so they decided that, together, they’d buy a bigger one more befitting to greeting visitors to fairgrounds. 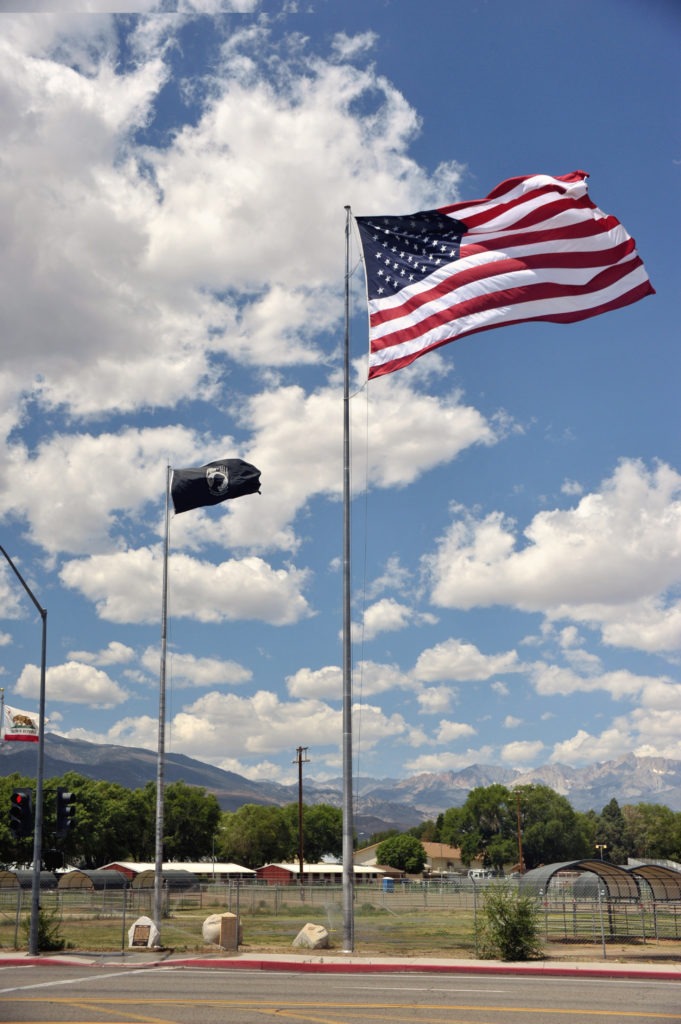 Boxley said that the VFW was crucial in the decision on how to properly handle and take care of the flag, once it arrived. A formal flag raising took place on Tuesday. 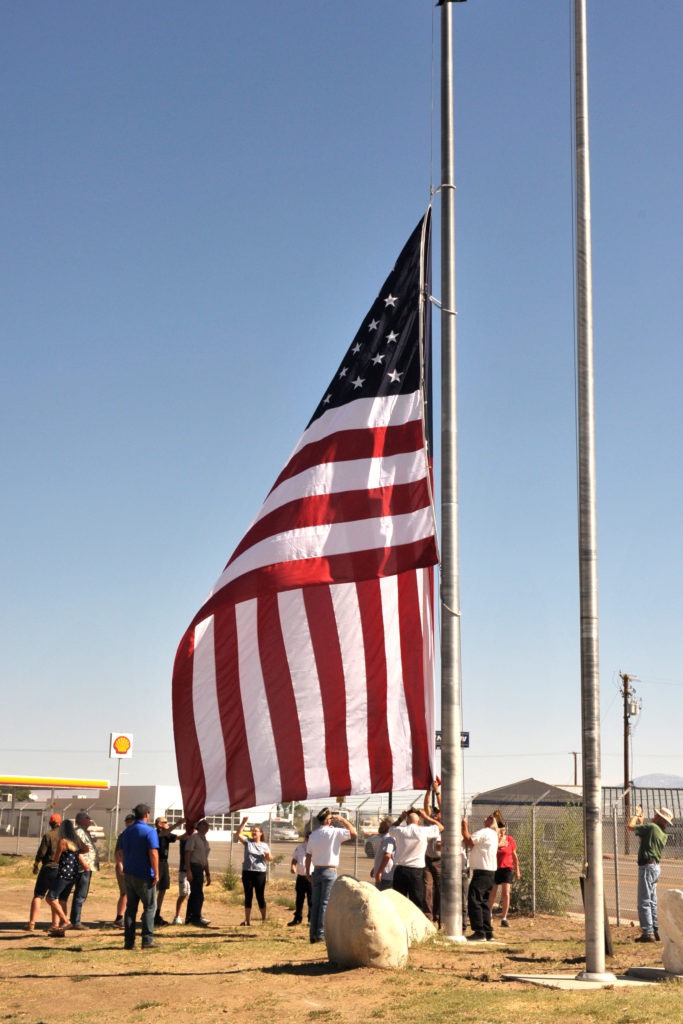 Raising the Flag Ceremony at Fairgrounds on Tuesday

As News Director his duties include gathering news for broadcast on Sierra Wave Radio ALT 92.5 and a weekly TV News broadcast on TV3 to air every Friday. Charles is also in charge of posting stories to sierrawave.net and posting to our social media platforms. “Charles has contributed news stories to our web site going back to 2006, so he was a natural selection to take on the position of news director,” said former station manager, Bill LeFever. Tune in for the Sierra Wave Radio Local News on ALT 92.5 with Charles James, Monday thru Friday at 7am, 8am, noon and 5pm, and read his stories and more right here on sierrawave.net. View the Weekly News very Friday evening on Sierra Wave TV3.
View all posts by Charles James →

4 Responses to Fairgrounds in Bishop gets a new U.S. Flag thanks to local businesses