By News Staff on June 28, 2013 in Government Agencies/Utilities 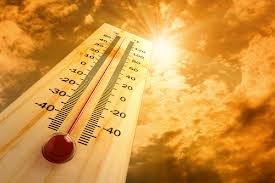 SACRAMENTO – In response to forecasts for excessive heat through Monday throughout much of California, state emergency and public health officials are urging Californians to drink plenty of water, wear lightweight, loose-fitting clothing and take other actions that will reduce their risk of death or heat-related illness.

This warming trend has prompted the issue of Excessive Heat Warnings by the National Weather Service (NWS) through Monday for parts of Imperial, Kern, Los Angeles, Riverside, San Bernardino, San Diego, San Luis Obispo, Santa Barbara and Ventura counties and Special Weather Statements for most of the Sacramento and San Joaquin Valley and foothills, as well as the east Bay Area.

“Prolonged exposure to excessive temperatures can be extremely dangerous, if not deadly, particularly for infants, small children seniors and those with health problems,” said Dr. Ron Chapman, director of the California Department of Public Health.  “Last year was the hottest year on record in the United States.  Heat waves in California are projected to occur earlier in the season, be more intense and last longer.”

He noted that at on average heat-related emergencies cause 56 deaths in Californians each year and prompt 3,800 people to seek treatment at hospital emergency rooms for heat-related symptoms, with approximately 500 cases per year requiring hospitalization.   At least 136 Californians died due to illnesses prompted by the 13-day heat wave that struck the state in July 2006.

”Cal EMA and its partner agencies have been preparing for excessive heat in many areas of the state this summer and fall by reviewing internal procedures, updating cooling center data bases, identifying state fairgrounds and facilities that serve as cooling centers and taking other actions to help cities and counties throughout the state ensure the safety of their residents, but it’s important that every Californian who is able do the simple, but important things that can make the difference between life and death,” said California Emergency Management Agency (Cal EMA Secretary Mark Ghilarducci.

Key actions residents and visitors of California can take to reduce their risk of heat-related death and injury include:

The recommendations from state emergency and health officials come as state agencies implement the “Heat Alert” phase of the state’s Contingency Plan for Excessive Heat Emergencies.

Actions taken by Cal EMA and other state agencies as part of the implementation of “Heat Alert” phase activities include:

Additional information on preparing for heat-related emergencies is available at: