In a landmark victory for local conservation and the long-term health of the Eastern Sierra, the USDA’s Regional Conservation Partnership Program (RCPP) has created an $8 million fund to support initiatives conserving the Bi-State population of greater sage-grouse and enhancing ranch water quality in the region. 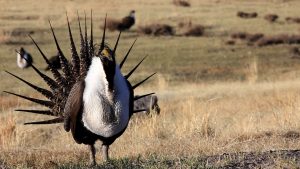 The RCPP will ensure that sage-grouse, along with other wildlife species that rely on the sagebrush ecosystem, will continue to exist harmoniously on ranchlands for years to come. This funding is available to landowners in the Bi-State area along the CaliforniaNevada border.

“Clean water and ranch stewardship are priorities that span state and party lines, and the BiState demonstrates that spirit of collaboration. This award is an affirmation of the work we are
doing together and the power of partnership,” commented Susanna Danner, Land Conservation Program Director at ESLT. 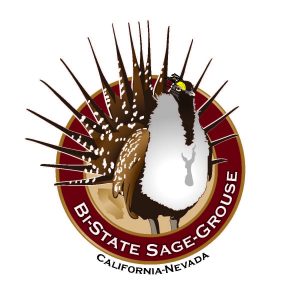 One of only 88 projects funded nationwide, this investment is a direct result of the Bi-State Local Area Working Group (LAWG), a dynamic, cross-state partnership formed in 2002 to conserve sage-grouse habitat and protect rangeland health.

The LAWG is composed of ranchers, conservationists, private organizations, state and local officials, and public land managers. In 2015, this group played a pivotal role in keeping the Bi-State population of greater sage-grouse off the Endangered Species List, effectively working together to solve a problem before additional regulation was necessary.

“This is an outstanding example of what can be achieved when people come together with a focus on solving a problem by harmonizing the diverse interests of all those involved,”
remarked Pete Pumphrey, Eastern Sierra Audubon Society Conservation Chair.

What is the Bi-State Sage-Grouse
When early explorers first surveyed the Great Basin, greater sage-grouse were so plentiful that the sky was said to darken when flocks took to the air. But after facing two centuries of habitat destruction and other threats, sage-grouse are now much rarer in the American
West.

Once numbering more than 16 million across the western United States, there are now only an estimated 500,000 of these birds left.
Found in eastern California and western Nevada, the Bi-State sage-grouse is a unique population of greater sage-grouse – one that is now considered to be much stronger thanks to years of conservation work by the LAWG.

It is also a bellwether species: the health of sage-grouse populations is indicative of the condition of the land itself. Where sage-grouse are in trouble, it’s more likely that other wildlife – like pronghorn, golden eagle, and more than 350 other species that rely on the
sagebrush ecosystem – are in trouble, too.

Building On Success
Eastern Sierra Land Trust and its ten partners have agreed to leverage the RCPP’s $8 million investment by contributing an additional $20 million in funding and in-kind support to bolster sage-grouse conservation and water quality improvements.

According to Steve Nelson, field manager for the Bureau of Land Management’s Bishop Field Office, “The conservation and enhancement of working ranch lands is a fundamental
component of the cooperative, landscape scale effort to conserve greater sage-grouse in the BiState area of eastern California and western Nevada.”

The impact of this funding will be far-reaching. In the Eastern Sierra, it means the protection of habitat for sage-grouse and other wildlife, clean water for local families, and the conservation of the region’s ranching heritage for future generations.

To Kay Ogden, Executive Director of Eastern Sierra Land Trust, the RCPP award is a major success for the community as a whole. “From conservationists, to birding enthusiasts, to ranchers, to fishermen – this is a victory for everyone.”

About the Fund
The $8 million fund will be available for five years to landowners in portions of Inyo, Mono, and Alpine Counties of California and portions of Douglas, Lyon, Carson City, Mineral, and Esmeralda Counties in Nevada – an area of 7,000 square miles.

Ranchers can apply to receive funds from this pool in order to complete projects that will enhance sage-grouse habitat and
improve water quality on property they own and manage. In addition, local organizations such as Eastern Sierra Land Trust will be available to advise landowners and assist them in
the application process.

Any landowner interested in pursuing a project that will benefit the goals of the RCPP is encouraged to contact Susanna Danner, ESLT Land Conservation Program Director, at (760) 873-4554 or [email protected]