The Eastern Sierra Council of Governments held its first meeting since the four participating entities—Inyo and Mono counties, the cities of Mammoth Lakes and Bishop, approved funding for partial staffing and the possible development of a Joint Powers Authority. 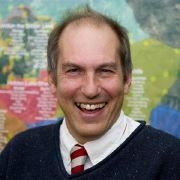 Mono and Inyo County Counsels, Stacey Simon and Marshall Rudolph respectively, will update an existing JPA that was never filed, according to Mono Supervisor Bob Gardner. The draft will go before ESCOG members at the December 14 meeting, then back to each entity for discussion and vote.

“It’s not about the vehicle,” said Gardner, “it’s about the outcomes.” A report from the council’s Broadband Consortium provided an example of opportunities lost for lack of staff support. After falling short of its original goals, the Consortium will have to return $50,000 out of the original $105.216 grant.

Chair John Wentworth reported on potential grant funding for projects related to sustainable recreation partnerships. The Sierra Nevada Conservancy has Prop. 68 funding, to the tune of $1.5 million, set aside for collaborative efforts. Prop. 3 on the Nov. 6 ballot will also fund a broad sweep of projects, including forest and watershed improvements.

The Conservancy will issue a list of potentially fundable projects later this week and grant guidelines in early December. “ESCOG can be the fiscal agent for this funding,” Wentworth pointed out.

The one problem under discussion with no easy answer was the smoke generated by area forest fires. The Eastern Sierra seemed to be cloaked in smoke or threatened by fire through this past summer.

An element of the new forest management plans allows for controlled burns and decisions on wildland fires based on immediate or potential danger to live and property. Both strategies are in place to deal with unhealthy forests.

Inyo County Supervisor Jeff Griffiths put it all in perspective. “We’ve had 100 smoke-free years,” he said. Western forests are in bad shape from bad logging practices, fire suppression, drought and bark beetles, he said. “We need to re-set our expectations.”

The smoke discussion will continue. Great Basin Unified Air Pollution Control District will have an update at its November 1 board meeting and the Town of Mammoth Lakes will hold a smoke workshop November 7.