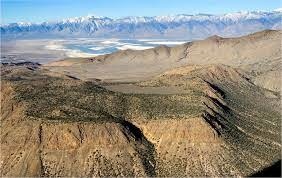 But when community members showed up, they quickly found that this Town Hall was anything but community oriented.

“When our local community joined the K2 Gold/Mojave Precious Metals Zoom Town Hall, we showed up to locked comment boxes and hidden screens. All you could see was the company. Everyone who attended the meeting was completely in the dark about who else was there and what questions were being asked,” said Jeremiah Joseph, Cultural Monitor for the Lone Pine Paiute Shoshone Tribe. “The community sat alone in their homes and listened to the company talk at us, rather than talk with us. We could not even see our neighbor’s faces on Zoom.”

“In the first half of the presentation, the company provided background on their staff and the drilling program at Conglomerate Mesa. In the final half of the meeting, the company began to answer questions, which were pre-screened through email submission. No information about submitting questions beforehand was provided in the promotional materials for the Town Hall.

In an attempt to make their voices heard, local leaders and community groups began adding comments and questions via Facebook, where the event was live-streamed. In total, the comment section amassed nearly 400 comments by the end of the presentation, almost all of which were squarely in opposition to exploration at Conglomerate Mesa.

“People need to understand that this company is attempting to bury the voices of opposition to their project” said Wendy Schneider, Executive Director of Friends of the Inyo. “It seems these companies are not interested in actually addressing any of the concerns raised by the community. For example, locals are legitimately concerned about water, which is such a precious resource around here. The company would not answer questions about where it would legitimately obtain water for an expanded exploration, or for a mine. It seems they are willing to do and say anything to obtain the approval and resources necessary to forever alter this precious landscape for their exclusive financial benefit.”

When asked about jobs provided in their last drilling, K2 Gold shared that they have not employed a single local Inyo County resident. The drill team came from Canada, geologists were brought in from San Bernardino, the helicopter pilot and mechanic were not from Inyo County and they hired a consultant from Alabama.

“I’m not sure how the company can claim they’re bettering our economy by creating jobs when they’re not hiring locally. Let’s be clear – there’s a distinct difference between creating local jobs and importing employees to work in our county. Your neighbor down the street is not being hired by K2 Gold.” said Todd Vogel, Co-Owner of Eastside Sports.

Many are calling attention to the fact that the company does not have the formal support of local Tribal Nations. “The company claims to have great working relationships with the local tribes,” said Kathy Bancroft, Tribal Historic Preservation Officer for the Lone Pine Paiute Shoshone Tribe. “My experience has been anything but great. The Lone Pine Tribe has a General Council form of government, meaning all tribal members vote on support or opposition to a project. The tokenizing of one or two voices within the tribe does not constitute support of the Lone Pine Tribe for their exploratory drilling”.

“I think what broke my heart the most about the presentation is that the landscape in question, Conglomerate Mesa, was not mentioned until 41 minutes into the webinar” continues Jeremiah Joseph. “We can’t lose sight of the landscape at stake with this mining work. Boxing people into debates or pro-mine or anti-mine or pro-jobs or anti-jobs is a disservice to the landscape. This is a site-specific issue. Why Conglomerate Mesa? For me, it’s the homeland of my people and it deserves our protection. Conglomerate Mesa is just too special.”

Excuse me but you need to reread the comments because I didnt say a dam thing about looting the native american history! Another person wrote that and I too was taken back by that post! All im concerned about is the propaganda being used to undermine the value and need… Read more »

Response from commenter, FranklySpeaking, was removed as “misattribution.” Mr. Weirick was correct noting that “Another person wrote that and I too was taken back by that post,” as were several others. Extractive technologies has a long history going back to humankind’s beginnings and one reputable source is found on Wiley… Read more »

Even if there were no Paiute Shoshone peoples or their ancestors, these sacred high desert lands lands would deserve protection and reverence just as any cathedral. How have we foolish humans managed to fail to give them legal standing! We should not have to talk about their value in relation… Read more »

Jeremiah, thank you for speaking up for the land, the Paiute-Shoshone, the old ones who came before the Paiute Shoshone, and all who have the vision to see the big picture beyond the short term economic greed.

All due respect, todays enviros are the blowhards, perpetuating lies about projects such as this. The footprint of this mine would be a mere 12 acres and not be visible to the traveling public. This mesa was named by previous miners who built roads thru it so to pretend that… Read more »

Really there actually are more important things than the almighty dollar. And in any case It’s not all about mining jobs. If the bayou Cajun folks can figure out how to reinvent themselves and make a living in the ecotourism business instead of killing Alligators for shoes and purses (ugh),… Read more »

The real tokenization is the enviros claiming to represent the majority in the Owens Valley when in reality the large enviro groups drum up involvement nationwide . They flooded the meeting with responses to overload the system. The local employment obviously wont happen until a mine goes into operation which… Read more »

It was clearly labeled as a “press release.” Sierra Wave received a communication from the company just today with a press release giving their view of the meeting, with their characterization of the meeting, which we will also post as given to us. Greg, please at least make an attempt… Read more »

Okay Greg, me and you. I’ll show you the natural hunting blinds, caves, the shattered used bi-face fragments, house floors….well maybe not everything, that might only encourage looting… cause we’ve seen and know instances of looting! But really, shake off the shackles of common perceptions, and hear what I’m saying.… Read more »

Would “looting” include local Paiutes taking the history, art and tools of the first people? “According to Bertha P. Dutton in American Indians of the Southwest, the Southern Paiutes moved into the Southwestern region of what is now the United States around the year 1000 A.D”. From Wikipedia “It’s believed… Read more »

Sandy, Looting, let’s start there. First let’s shake off the shackles of common perceptions…as I understand it, the local tribes “utilized” the tools and respected the rock art of those before them, as if you could say they saw eye to eye on how they look at each other and… Read more »