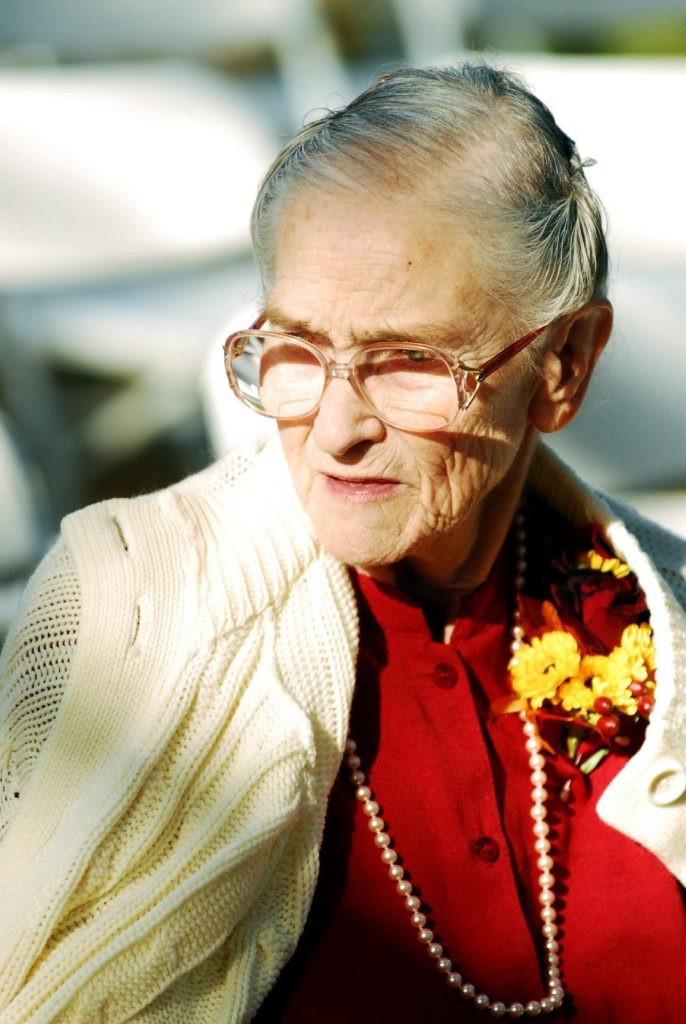 Eleanor was born to Sherman and Zula Cale on June 10, 1931 in Greenbriar County, West Virginia. On February 22, 1949 Eleanor married Fred Amick Harris in Cattlesburge Kentucky. Later in 1949 Eleanor graduated from Crichton High School and continued her secondary education at Concord State University in Athens, West Virginia where she studied to become primary grades educator and played on their women’s basketball team as a guard.

In 1952, Eleanor and Fred moved to Bishop area when Fred was offered a job at the Union Carbide Mine. After their move to California Eleanor worked odd jobs as a house cleaner and waitress until beginning her teaching career at the Seventh Day Adventist Church Academy for primary grades in approximately 1964. Eleanor taught at the academy for approximately 10 years before taking a position at Northern Inyo Hospital as a nurse aide and then changing positions to a ward clerk. Eleanor served the community at Northern Inyo Hospital until her retirement.

Once her children were grown, Eleanor found her passion in creating porcelain dolls and quilting and was a long-time member of the Calico Quilters Guild. With her daughter Debi and friends, she traveled with her creations to display at craft shows throughout the Western United States.

She is preceded in death by her parents Sherman and Zula, husband Fred Amick Harris, daughter Debi Earls and grandson Justin Harris.

RIP Eleanor, I worked with Fred for many years