One hundred music fans will get a chance to hang out with country western singer Austin Webb before he takes the stage at the Mike Boothe Memorial Arena September 3 during the Tri-County Fair. And it gets better. 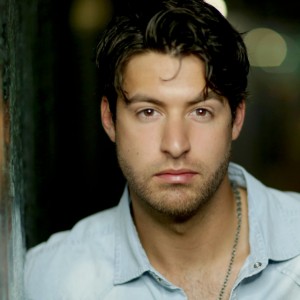 There’s food and more than half of the $45 ticket goes to the Bishop Unified School District’s music programs.

The event will be held at 5:30 p.m. in the Party Barn; tickets are available at the fairgrounds office or at the BUSD office on West Pine Street on the Bishop High campus.

The idea of an “Eat and Greet” can be attributed to Midge Milici, chief business officer for the district shortly after she read that Webb would be the headliner at the Fairgrounds’ concert. “After finding out how much he loves to meet his fans, I contacted Sally (Symons, Fairgrounds executive director) to see if she thought Mr. Webb would be willing to do a meet and greet with the proceeds going to the music programs at the schools.” Symons contacted Webb who agreed, got together with Milici and the “details all came together quickly. We were both very excited we could make this happen,” Milici said.

Symonds agreed to provide the venue, promotion and set-up leaving the school district to arrange for the food. Milici mentioned the event to her sister, Lisa Howard. Howard, in turn, asked her employer Kinders Meat and Barbecue about donating the bulk of the food and Mliici was able to guarantee that $23 of the $45 ticket would go directly to the district’s music programs. Tickets for the concert and entry to the Fair, minus Eat and Greet, are $22.

According to Milici, proceeds from the event will be used district-wide. Dan Daugherty teaches band with instruction in almost all musical instruments for grades 4-12. Local musician Dan Conner teaches music to the lower grades. “Funding for music and arts in schools has virtually disappeared in current state funding models,” Milici said. “These types of events are essential to furthering these programs in schools.”

A singer/songwriter from South Carolina, Webb started writing poetry at the age of nine. When he picked up a Martin guitar at 16 his poetry turned into lyrics. Out of high school, Austin performed up and down the East Coast, supporting himself with odd jobs. After winning a songwriting competition, he headed to Nashville. His demo from the contest ended up in the hands of producer Byron Gallimore and Webb was on his way with his debut single “It’s All Good” in 2012. That single was followed by “Raise ‘em Up,””Getting Even” and his most recent ballad “Slip On By.”

He’s been compared to one of his idols, Kris Kristofferson, though Webb’s voice is less whiskey-soaked.