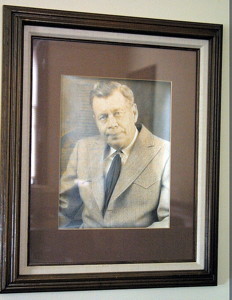 Somehow, as times passes, some things make you laugh more.  Maybe it’s perspective or maybe the need to smile grows with age.  Remember Mono County Judge Harry Roberts?  If you ever sat in his courtroom, you would never forget.  Or, for me, meeting him in his chambers where the walls were covered in what looked like red velvet.  I’m not kidding.  To say Roberts was a character only offers a superficial adjective.  If he liked a lawyer, that attorney survived his court.  If not, look out.  Long-dead attorney Charles Karpinski once stood up in the audience of Roberts’ courtroom and held up a sign for only the audience to see.  It said something like – Judge Roberts is crazy.  Karpo was probably not Roberts’ favorite.

As time passes, things do change, although for DWP Aqueduct Manager James Yannotta, nothing in the Owens Valley has changed in 100 years!?  That’s what he told our reporter, Rob Gill.  We talked to Yannotta. Check the website for a future story.  His exact quote about the Valley:  “Essentially it looks the same as it did 100 years ago.”  In 1913, according to eye witness accounts and photos, the Valley was a lush agricultural area with green fields, produce, orchards abounding and thousands of trees. Streams flowed into irrigation ditches and the groundwater was high.  Check it out – those scenes are gone.

On a lighter note, lately website comments and other writings have taught the Bureaucrat Beat Newsroom new words.  We love that.  Like whinge, which means an act of complaining. Handy word for us. Then there is fervid – intensely enthusiastic or passionate to an excessive degree.  Applause to that.  And, then we have wroth, which simply means angry.  Lots of this bloody hell sort of talk.

And, at the risk of some of our esteemed readers labeling us as far too liberal (Go ahead.  We don’t care.), we will point to LA Times’ columnist Michael Hiltzik, who often writes about real things.  Recently he pointed out that by failure to act, Congress allowed food stamp households to lose 5% of their benefits that had been raised by stimulus money.  No big deal, you say?  For a family of four it will mean the loss of as many as 20 meals per month.  Many of these people are working families who do not make enough to cover everything, not, as some say, lazy people sitting around collecting government benefits. News reports say children often go to bed hungry.

Then, Hiltzik points to further intent to cut food stamps by both parties.  Republicans want a slash of $4 billion a year.  Democrats, $4 million.  A 15% reduction in food stamps, he says, will hit 47 million Americans.  We wonder how many of the fat cats in Washington, D.C. go to bed hungry.  Of course, that’s a rhetorical question.  They have gobs of money, food, great health insurance and corporate bribes.

Back to the water wars.  If you want a very fair and factual account of DWP’s taking of Eastern Sierra water, do read Bill Kahrl’s “Water and Power” and check out W.A. Chalfant’s “Story of Inyo.”  He was the editor of the Inyo Register way back before and during the aqueduct.  Speaking of Kahrl, he wrote an op-ed piece for the LA Times Sunday in honor of newspaper’s coverage of the 100th anniversary of the aqueduct.  Bill called the newsroom the other day to check the facts about the demise of our radio show in Lone Pine in 1977.  The station owner called me and John Heston to say they had to fire us because DWP said they would cancel the KNYO tower lease otherwise.  We got fired, but continue to tell our water stories.  Kahrl told our story in his piece.  http://www.latimes.com/opinion/commentary/la-oe-kahrl-los-angeles-aqueduct-water-policy-20131103,0,3208636.story#axzz2jh7RS8lC 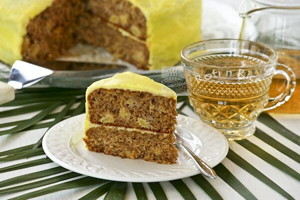 And, let them eat cake.  We won’t be.  November 5th marks the actual 100 years of the aqueduct.  LA  will re-enact the arrival of our water.  It’s not a play-acting kind of thing for those in the Eastern Sierra.  It’s more like the anniversary of a death.  We have gone on in our beautiful valleys here, but with sadness about what was and attitudes that still are.  The reenactment, apparently with actors playing Mulholland, Eaton and Chandler, will be accompanied by a live simulcast on monitors at DWP headquarters along with cake and souvenirs.  The Centennial Celebration is funded through a grant from the Metabolic Studio.

We do love the Eastern Sierra and its wide-open spaces, and we understand LA needs water.  We just wish DWP would tell the truth, give us some respect, and give up the colonial power thing.  We have needs – a little land and water.  They should give it to us.  If DWP did come around, we could all look at them and say, “friend” and really mean it.

Finally, remember Harry Hamlin, the good-looking actor who played Perseus in “Clash of the Titans” and graced the productions of LA Law and Mad Men?  Seems he hikes the Sierra every year and loves it.  No Krakens in the mountains!!

We work to provide daily news to all of the Eastern Sierra, in the tradition of Eastern Sierra News Service and the Sierra Wave. We bring you daily happenings, local politics, crime, government dealings and fun stuff. Please contact us.
View all posts by News Staff →
CEO will reveal June Mountain plans
Dennis Mattinson’s weather forecast
3 Comments
Newest
Oldest Most Voted
Inline Feedbacks
View all comments

And speaking of Bureaucrats – There is an extremely aggressive and persistently annoying Mono County elected official who insists he has the power to give a thumbs-down to virtually every department head, openly insulting them all, and promoting a Tea Party agenda (that appears to be in vogue in the… Read more »

Off topic but if you have links that might be of interest to international tourists heading down hwy 395 from Tahoe or up to Mammoth-June Mtn, feel free to shoot them across to my email address. (Mammoth is looking after about 60 of us and our search engine onthesnow.co.uk could… Read more »

Anytime I get to read some of BK’s thoughts for us all, it’s hard not to be thankful for the opportunity to celebrate this forum,this community of folks ,of people that dwell, especially today in our wind swept leaves of fall, almost gone in the Eastern Sierra. It has been… Read more »