By News Staff on May 4, 2014 in Government Agencies/Utilities 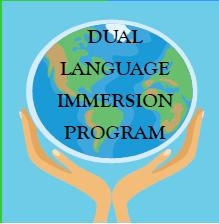 At a recent Bishop School Board meeting, more than two dozen parents and teachers showed up. They had heard the Board might get rid of what’s called the Dual Immersion Program which involves classes that teach in both English and Spanish. With a recommendation from the elementary school principal to keep the program, the Board agreed. But the agenda item did cause parents and others to stand firm for the dual language classes.

Principal Heather Carr said there are periodic reviews of different programs to make sure they are running effectively. She said a review of Dual Immersion found “some effectiveness to the program, but there is room for improvement.” Carr said that in the past Hispanic students were not learning English as well as they might. She said the school changed teaching models and now they are seeing improvements in English skills and academic gains. Carr had recommended keeping the dual language course alive.

The Principal said in Kindergarten through Fifth Grades there are 156 students who participate in Dual Immersion – both English speaking and Spanish speaking students. Carr said speaking a second language benefits both groups. Wider studies have found academic benefit from language skills. Stanford Graduate School of Education and San Francisco Unified School District conducted a ten-year study with 18,000 students. They found that English only classes caused Spanish-speaking students to excel early, but by middle-school the Dual Immersion students caught up or surpassed their counterparts.

Parents feared that the Bishop School Board might cut Dual Immersion for less than honorable motives. One parent, Sue Tonelli, said the School gave parents a survey to fill out on the program with only three days to turn it in. She also said parents feel the School Board had “targeted Dual Immersion.” Tonelli spoke of the values of the program for her daughter in learning a second language and gaining an understanding of a different culture and a different part of the community.

When asked about the School Board’s motives, Principal Heather Carr said it might have come across that they wanted to cut the program. She said the Board was concerned about the academic results of Spanish students. Carr said there is no intent to end the program, and its progress will be monitored. Contrary to some parents’ fears, Carr said the examination of Dual Immersion was “not racially based.” She said there was concern for reading scores overall and Dual Immersion “picked up the spotlight.”

Steve Elia, a program Manager for the Avid Center which is involved in Mammoth and Bishop High Schools, said Dual Immersion “is one of our great bright spots.” He said that by the very nature of learning two languages, critical thinking skills improve. He agreed with those who have concerns about Dual Immersion ending in the 5th Grade. Elia said many would like to see Dual Immersion go to the 9th grade. In High School, students can directly study Spanish.

For now, as Principal Carr said, the program will continue with progress monitored to make sure, in particular, that Spanish speaking students learn English.

SM What made those people Racists? Where is the hatred? . Just because Wayne and others don’t agree with Republican beliefs, does that mean that they hate all republicans, no. (at least I don’t think so) Where am I asking for more rights than others? In regards to your last… Read more »

one flag,red white and blue,one language,english,makes things easier,i don’t speak a lick of Spanish,i was taught English growing up,and I feel it is my language

What has happened to reading comprehension in america. I wish we’d focus more on that than who is doing what and saying what to who that someone finds offensive. bobk….I of course support your right to wave your flag….but if you do so for the sole purpose of expressing hatred… Read more »

So SM, You are saying that I, a veteran, am an idiot to wave my flag on my home soil, USA, because I might upset someone of another country? That on this special day??? their flag is ok and ours is not? I can show you black veterans, Asian veterans… Read more »

BobK……Not that at all…..nothing wrong with ANYONE displaying the American flag on a daily basis…..but when it’s specifically done by a group of angry Republicans and tea-baggers,trying to cause trouble or just being angry and trying to make a statement…and doing it for no other reason than to start a… Read more »

Here we go… Americans now are being blasted as “racist” for the simple act of waving an American flag. It happened Monday in California to a small group of protesters who waved U.S. flags in front of a school where officials had banned the practice to avoid violence threatened by… Read more »

Well that makes no sense Ken, since Cinco de Mayo is completely an american event. It is not widely celebrated in Mexico. Pretty much its just like a lot of ‘hallmark’ holidays, something to get americans to spend money! I won’t call the people waving the US flag racists…but I… Read more »

….and from what I’ve read about that incident Ken Warner is mentioning, a bunch of trouble-making tea-partiers that were the ones trying to start the problems…not the Hispanic or Caucasian students……seemed like the kids didn’t want nothing to do with the “drama” going on in front of their school….caused by… Read more »

Wayne: I don’t doubt what you say. There’s a lot of that going around. The history of the inception of Cinco de Mayo make the incident even more ironic. The Mexicans in America celebrated the defeat of the French Army at Puebla (wherever that is) on May 5, 1892. So… Read more »

Ken, I remember girls in the 60’s wearing the flag as miniskirts. The conservatives almost messed their pants! They probably still would.

Trouble: I remember too. And people wearing flag shirts. It’s all pretty silly.

Exactly! If the “Home Country” is so great — why did they have to leave it to find happiness here? Or, why don’t “They” spend the time and effort to make their home country better instead of demanding that this country be more like their country.

…Ken…..and there ya go….Kinda figured with all your talk and lobbying about how the Mexican-Americans and Hispanics should go through all the “legal steps” to obtain citizenship here in the U.S. was more so,as your comment states here,based against the Mexicans in general….whether legal citizens or not…..

Nope! You are so wrong it’s difficult to know where to start. So I won’t.

Finally visiting the country of my grandparents birth I realized that despite the family name and some hard won language skills, I have absolutely nothing in common with the place my grandparents came from. I was very much a foreigner there, and it was an alien culture. It did, however,… Read more »

Even though I have a cultural diverse family, I was raised to shun my hispanic side. It was easy and I guess required back in the mid 50’s and 60’s to hide out behind my white boy face. Hiding out is not great for the development of who you are… Read more »