“The times they are a changin’ “

When Bob Dylan wrote those lyrics back in 1964, the “drug scene” focused on pot and hash, with psychedelics a bit in the future, cocaine and meth even farther out. Those were the days when recreational drug users knew what they were getting into. The times have changed and Bishop schools are trying to get out in front of those changes. 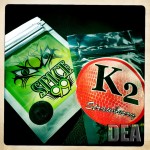 “We had a rash of discipline events at the first of the year,” Bishop High School Principal Randy Cook said in a recent interview, “but the numbers haven’t really gone up per se. The availability has gone up.”

Bishop Unified School District Superintendent Barry Simpson explained the current terrain. “With new legislation and changes in societal attitudes about pot in particular, the sensibility is different than it was 10 years ago. Not that there hasn’t always been pot around and kids are going to experiment.” But, the school is faced with new challenges and “we have to be pro-active,” Simpson said.

The legislation includes marijuana for medicinal use and the near certainty that it will be legalized in California, plus the passage of Prop. 47 that reduced the three strikes sentences to violent criminals. According to both Sheriff Bill Lutze and District Attorney Tom Hardy, the proposition and enabling legislation reduced simple possession of a controlled substance to a misdemeanor. The unintended result: those cited for possession are far less inclined to roll over on their source, allowing the “free market” to run its course. 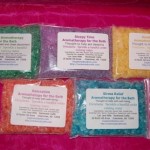 Throw in vapor pens, e-cigarettes, easier access to marijuana through medicinal card holders and area collectives, edibles and the over-the-counter availability of synthetics and the landscape takes on a whole new look.

BUSD administrators recently met with law enforcement to help work out that pro-active strategy Simpson is looking for. The answer focuses on what Bishop Police Department Officer Ron Gladding calls “the rule of five:” you start five years before you think your child is going to be exposed to drugs; you start around second grade. For Gladding, the “just say no” or DARE programs don’t work as well as a fact-based program. The scare tactics of “Reefer Madness” are long gone.

Bishop High’s drug policy follows the California Ed Code, with suspension for possession, expulsion for sales on campus. What the school does have that’s tougher than at least other High Desert Leagues schools is zero tolerance and random drug testing for athletes. “Occasionally, we get kids who do test positive,” said Cook. “But those numbers aren’t up.” What the bi-weekly tests do is give athletes a good reason to decline drugs that register on the tests without looking totally uncool. According to Simpson, there’s more control over drugs on campus than off.

“We have reasonable policies,” said Cook. “But we also need to look at what the drugs do to the body.”

Adults who went through a drug phase may be skeptical. We all came out the other end fairly intact. But, according to Gladding, today’s drugs are different and the users, far younger. His youngest pot smoker was 11; the youngest coke dealer, 12. “Kids are going to be exposed,” he said. “You can’t keep them in a bubble.”  At a recent session with high school freshmen, Gladding had the students fill out a questionnaire including what drugs they seen at parties, etc. “There wasn’t a drug that wasn’t on it,” he said.

Gladding’s sessions focus on the effects. Like alcohol, drugs can have an impact on developing brains. “Anything that alters the mind has a negative impact,” he said, citing potheads in high school who in their 30s still have that slow, stoner mentality despite the fact they haven’t used pot in years.

The difference between today’s drugs and yesterday’s is where it really gets scary. “You used to just throw seed in the ground and grow marijuana,” he explained. “Now there’s cross-breeding and hydroponics” that result in double the levels of THC, the active ingredient in the plant. The danger with edibles is just that. “Edibles are sold by the THC level,” Gladding said. “If you’re eating a chocolate candy bar or brownies, you’re apt to consumer more and can end up with THC levels 10 to 25 times higher” than pot from “the day.”

Gladding maintains that pot is addictive based on the fact that the highest rate of self-check-ins at drug rehab facilities are using marijuana.

What’s the biggest challenge? Synthetics, said Gladding. “They’re being marketed as legal marijuana, meth and cocaine,” he said, in smoke shops and on-line. Laws have been passed that make the specific chemical compounds illegal, but the manufacturer just has to change the compound without changing the impact. “It’s being sold as incense and potpourri,” Gladding said. “They label it ‘not for consumption.’” But bath salts, salvia and spice are all being consumed and leading to visits to Northern Inyo Hospital’s emergency room, several a month according to Gladding. “Now, they’re cutting meth with bath salts. The world’s gone crazy.”

Those ER visits aren’t necessarily being reported to law enforcement. “There aren’t a lot of tests to find synthetics” in the system, Gladding said.

In the past, recreational drug users could gauge the coke high by the dimensions of the line being snorted. That’s not the case with today’s drug delivery systems. “It’s inconsistent,” he said. “There are hot spots. One hit and you’re on a ride.”

For now, Bishop administrators are collaborating with law enforcement, looking for ways to communicate better. “We’re looking at a lot of outreach to parents, more education, and earlier, in schools,” said Simpson. “We need to modify the message, make it realistic. Kids are no different now than 15 years ago. We want to educate them about the harm they can do to their bodies, their social well-being, with real information, real facts about what can happen to them, the road it can lead them down.”

The war will continue. Money will be spent, it justifys the system. Officer Gladding is a product of our enforcement and jail system. If we spent half of what we spend on enforcement on education , addiction assistance and rehab we might change things. Remember Nixon started this war and… Read more »

Our kids face our governments war on drugs and really on our own people. My generation had Vietnam to look forward to.

Why don’t you write about all the good kids at Bishop High? They out number the very few this article incorrectly itemizes and generalizes my kid with!

Your assuming those who dabble in recreational drugs are not ‘good’ kids. Who is being judgmental now! Let’s judge kids on their achievements and their behavior…ie. treating adults with respect (when they deserve it), treating others well, going to school, holding a job, etc. and not judge them based on… Read more »

What about prescription pills? While there is all this focus on marijuana – it seems that the whole prescription pill problem has been completely ignored. It’s easy to raid a family member’s medicine cabinet and walk away with pills like Oxycodone, Vicodin, Xanax…etc. Not only has pill addiction skyrockeded

Errg…toddler fingers…wish I could go edit that post. As I was saying – not only has pill addiction skyrocketed, it’s lead to more young people becoming hooked on heroin because it’s cheaper than pills on the street. Marijuana may be stronger than weed back in the day (although I’ve heard… Read more »

lowinyo- give me a break. Are you speaking from experience? You smoked pot in the 70s and have recently smoked, and therefor you are able to adequitly make that comparasion? Why does it matter if pot is more potent? Does it matter to you that paint fumes are less harmful… Read more »

Trouble; Comparing drugs nowdays with the drugs back in the 70’s (especially marijuana and it’s potency) is like apples and oranges….back in the 70’s,you could smoke a joint and properly function….with the stuff out there now,smoke a joint,if it’s really potent weed,20 minutes later your debating if you should find… Read more »

Low-Inyo- Baloney!!!! THC is THC. It’s the same thing as alcohol. You can have one Bacardi or ten beers. Pick your poison. Your just echoing the just say no folks hog wash!

Sorry Deb, there is no way there are more drugs in the schools now than there were in the 70’s. No way, no how, no chance. Randy Cook is old enough to know this!

God forbid anybody develop a substance abuse problem nowadays, I mean this is what they’re up against = punitive actions on them, close minded institutions, blanket statements, lack of information and confirmation bias… Geez no wonder Americans live shorter lives and suffer more health issues than people in other high… Read more »

Hear hear! I completely agree with Mr. Gladding that DARE is a gigantic waste of money. Brain washing plain and simple does not work and I’ve been saying that since DARE started. He is correct that open, honest education is best way to reach people. But unfortunately, Gladding then goes… Read more »

With all due respect Sugar, I think your 4th and 5th paragraphs are inaccurate. I’ve heard the same statements from others, “believing that people who took part in drugs during school have become leaders and successful in life”. That may be true for a tiny minority of folks, but sadly,… Read more »

You’re entitled to your opinion EB….I know for a fact that some of the people I smoked pot with and/or bought it from are: high level exec. at Fox Network Attorney CPA at Arthur Anderson Exec. for SF Giants Elected State Representative Many are high level IT for large corporations… Read more »

Yes it has. And people keep trying to save others from themselves. Hasn’t worked yet….