By News Staff on May 7, 2013 in Entertainment/Local Events/Activities, General Misc. Stories, Government Agencies/Utilities

Dr. Richard Johnson, 66, of Mammoth Lakes, has been appointed to the California Commission on Emergency Medical Services, it was announced recently by California Govenor Jerry Brown. 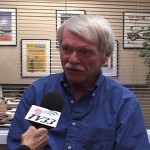 Johnson has also been a clinical specialist for the Infant Botulism Treatment and Prevention Program at the California Department of Public Health since 2003 and an adjunct professor at Biola University since 1991. He was a managing partner and pediatrician at Pediatric Associates of Pasadena from 1979 to 1996.

Congratulations to Dr. Johnson on being appointed to the California Commission on Emergency Medical Services – this position does not require Senate confirmation and there is no compensation.