By News Staff on May 13, 2015 in Entertainment/Local Events/Activities, General Misc. Stories, Public Event 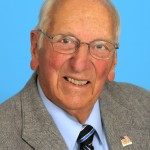 Dr. Ungersma has served on the Northern Inyo Hospital (NIH) Board of Trustees for 12 years. During that time he has held the positions of President, Vice President and Director at Large.  In his tenure on the board, Dr. Ungersma has led or participated in:

Understanding that finances are frequently a barrier to educational advancement, Dr. Ungersma has personally — and quietly — provided college scholarship support for graduating high school seniors annually for the past 30 years.

Dr. Ungersma served as a Naval Flight Surgeon and Senior Surgeon with the First Marine Division in Desert Shield as well as Desert Storm; his military career spans 48 years, 21 years of active duty and 27 in active reserve in the Marine Corps as well as the Navy. A pioneer in many ways, Dr. Ungersma was the first Orthopedic Surgeon to establish a practice in Bishop.

Dr. Ungersma received his Medical Degree from the University of Southern California and he completed his Orthopedic Residency at St. Mary’s Hospital in San Francisco.  Dr. Ungersma is an Adjunct Assistant Professor of Surgery at F. Edward Herbert School of Medicine in Bethesda Maryland; his orthopedic career includes participating in the training of 45 orthopedic residents, two of which have become Professors of Orthopedic Surgery.

In addition to his work locally, Dr. Ungersma has served on the ACHD Executive Board for the past few years.  He has served as Treasurer and this past year as Vice President.  While he has termed out for the ACHD board, he will remain active with the organization, working with its various committees.

Dr. Ungersma was nominated for this honor by NIH Board President MC Hubbard.

Congratulations Dr. Ungersma! A well deserved recognition of your hard work and dedication to healthcare and people in our community.